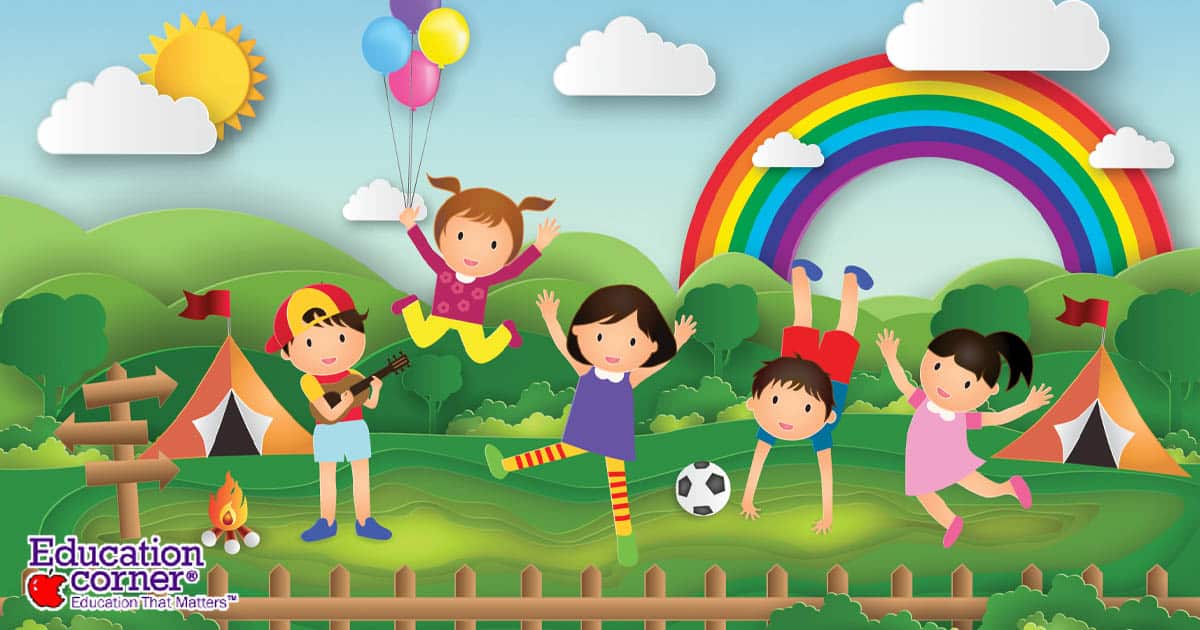 Research has lately shifted to understanding how skills help incoming kindergarten students. The fact is that many students coming into their first year of school lack some basic skills that would otherwise help them succeed in kindergarten.

Taken together, there are five skill domains that make up the school readiness of a kindergartner. By kindergarten, children are expected to have adequately developed in each of these areas. When they haven’t learned these skills, it leaves them lagging behind their peers and performing more poorly on different assessments.

Students that haven’t developed in any of the five skill domains will often struggle, forcing teachers to devote extra time and resources toward helping them. Sometimes, it’s useful for teachers to use inventories to gauge just how far behind a student is lagging and in what areas they haven’t developed the appropriate skills. There are multiple forms of skills that kindergartners should possess coming into their first year that they unfortunately lack.

Cognition and general knowledge are general references to the cognitive development of a student. How do they judge what’s in front of them? Do they perceive all the information that they’ve been given and reason with it appropriately? Are they creative with the information that they’re given? Cognitive skills are useful because they allow students to become better problem solvers and to grasp math more easily. Without these skills, they will often struggle when faced with logic and math problems and be worse problem solvers as a whole.

Physical well-being and motor development refer to the ability of a child to actively participate in various activities. When a child lacks the motor skills to participate, or the energy, stamina, or coordination, it can make it difficult for them to learn in the highly tactile environment that is kindergarten. When it comes to preparing students for learning, their physical skills must not be overlooked. A lack of basic motor skills, for instance, will prevent them from manipulating various tools and objects in the classroom necessary for completing their learning.

Language and literacy development is among the easiest concepts for teachers to understand. Competency in these areas refers to a child’s grasp of language, including their understanding of what words mean, how to form words, and how to appropriately use them. Good language skills aren’t just important from an academic perspective of reading books. Instead, strong language skills aid communication, which is useful when trying to communicate with teachers and other students.

Learning approaches refer to how kindergartners acquire knowledge. How do they engage with materials, how do they initiate their learning, and so on. As an example, some kindergartners understand that in class, it’s appropriate to wait until it’s their turn to participate. This is fair to others and keeps group discussions going. However, some students don’t grasp the important nature of having order in the classroom and yet others don’t participate. These students have alternative approaches to how they learn that may make it more difficult for them to succeed. It’s particularly harmful when a student demonstrates a lack of curiosity in new material, which is an initial spark from which learning arises.

Social and emotional development most typically refers to the social skills that will benefit kindergarten children as they engage not only with other students their age but with adults as well. A student who has developed the appropriate social and emotional skills will be able to appropriately regulate their emotions in most cases. These same students are also likely to develop positive relationships with the people around them. For this reason, social and emotional development is critical, particularly in a learning environment that is increasingly collaborative in nature.

Failure to grow in any one of these areas makes it that much harder for students to succeed. For instance, students sometimes lack the basic ability to write out letters of the alphabet, which would indicate some failure to grow in the area of language and literacy development. In other cases, they fail to demonstrate an ability to count to 10. This might indicate that they lack general cognitive skills and knowledge or even that they lag behind in learning approaches. Still, other students fail behind not because they lack knowledge or learning skills but because they haven’t developed socially or emotionally. These students often end up having troubles getting along with others in the classroom and having difficulties with their teachers. Behavioral skills are among the most common areas where incoming kindergarteners struggle, leading to conflicts not only with other students but the teaching staff.

Studies have shown that various problems among incoming kindergarten students are not uncommon. An estimated 70% of these studies are challenged in some way, either academically or behaviorally. They demonstrate some sort of failure in one of the five areas of school readiness. This is problematic because school readiness skills, even at the kindergarten level, predict later success. Academic and behavioral problems that aren’t addressed early in a child’s life continue to yield repercussions well into their later years of schooling. For that reason, it’s important for school administrators and staff to take steps toward addressing learning deficits early.

Parents can also contribute to the growth of their children by enrolling them in various programs designed to improve critical learning skills. For the purposes of better preparing young students for their academic lives, many programs have been created over the years. Early Head Start and Early Childhood Training and Technical Assistance are only two programs that have previously been established to help teach young students the necessary skills they will need throughout life. However, prekinder summer school programs have become one means of preparing students for school before their first year has even begun.

A proposed solution for the problem of unprepared kindergarten students has been the use of prekindergarten summer schools. Many students, having never experienced the school environment before, are essentially stepping into a completely new world when they enter their first year of school. The Prekinder Summer School can help prepar them for that first year by not only introducing them to a similar environment but also by preparing them with the skills they will need once the actual school year begins.

As seen above, there are multiple skill domains where students need to be skilled if they want to succeed during their first year of school. A prekinder summer program can help them in several ways. Prekinder summer program functions in a number of ways. First, teachers use a curriculum that’s focused on producing specific outcomes among students. If a child enters the program without the ability to count to ten, for instance, that is one metric by which teachers judge if appropriate progress is being made in their learning. Such skills can be taught through counting exercises.

It’s also important to note that the curriculum objective extends to other areas. One example of this is motor skills. Working from their curriculum, teachers monitor the physical activities and playtime of students to see whether they are running, riding a bike, and so on. If a student isn’t doing one of these things, it indicates that they’re lagging in their motor skills development and need to be encouraged to participate more fully. What’s important in the curriculum is that there are always a set of goals students are expected to reach. When they don’t reach these goalposts, it indicates that the student is lagging behind and needs additional support in on domain of their development.

The curriculum for these programs tends to be relatively structured and includes daily instructional routines. This is particularly important at this stage of the child’s development because many of those entering this form of program lack the basic skill sets that others might possess. A more routine structure at this point in their development helps to reinforce concepts and skills that they didn’t pick up prior to the summer program. While less structured classes may await them once in kindergarten, the summer program is designed to address the skills that these students lack, which is why the increased need for structure.

However, a structured routine doesn’t mean an isolated one in which students never engage with one another. In fact, small group instruction is common in the prekinder summer program. In these small groups, teachers use differentiated instruction to help address the different areas where students lack. This group teaching approach can be among the most effective at improving student skills. Teachers in a prekinder summer program do their best to align their curriculum instruction with a differentiated approach, attempting to teach similar skills to students in different ways that appeal to the strengths of the student.

For instance, some students might receive questions that require higher-order thinking and more complex problem-solving skills. This wouldn’t be appropriate for students who lack in cognitive development areas. Instead, teachers would introduce less complex questions that still required students to draw on their cognitive skills. Teachers hoped that by introducing these problems, students would draw upon their existing cognitive skills and slowly improve upon them with practice.

Not all students who enter prekinder summer programs lack in all the same areas. Some may be strong in motor development while others are stronger in areas such as cognitive development or language skills. For a teacher, it’s important to identify these skills at the start of the program and work on developing them over the course of the year. This is important because the program is specifically designed to prepare these children with the skills required to succeed in kindergarten once the school year arrives. By conducting an assessment of their students at the beginning of the program, adhering to a structured order every day of class, and aligning their differentiated instruction with their curriculum, teachers are able to prepare students with the skills needed to succeed in their first year of school. Even better is that these are the kinds of general academic skills that students will continue to rely upon year after year as they make their way to graduation.