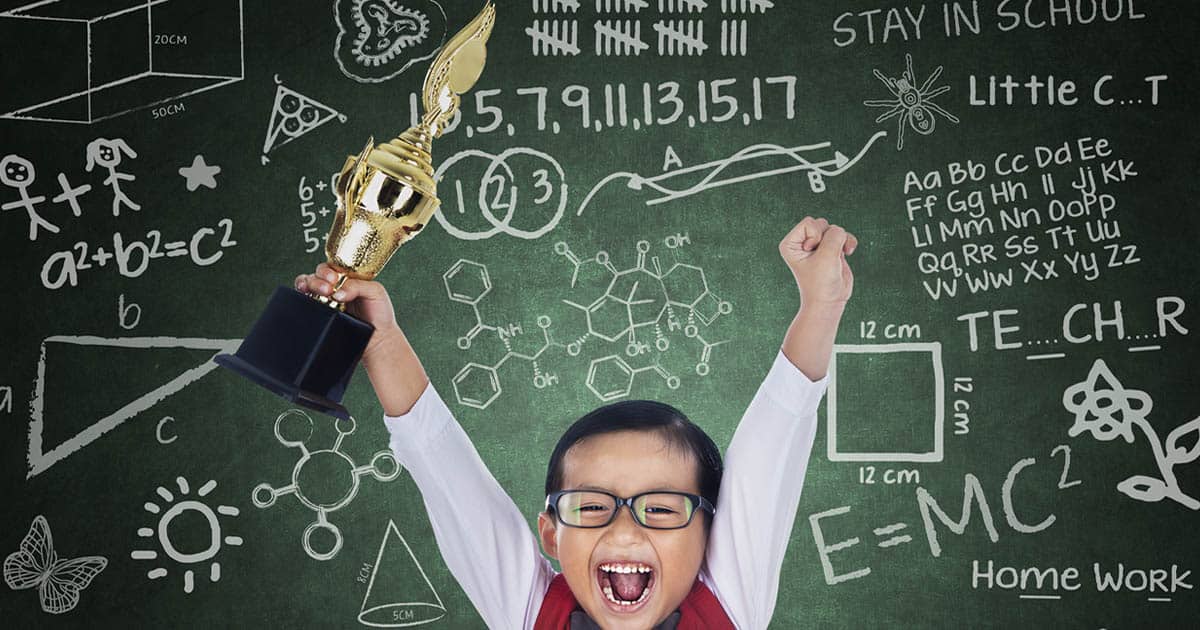 For most people first trying to learn about reinforcement, these concepts can be difficult to understand. Positive and negative do not intuitively make sense in this context, at least for many people. So long as you remember that positive means to add something to the environment while negative means to take something out of the environment, then you have a basic understanding of positive and negative in the psychological context.

A secondary reinforcer, on the other hand, does not have the same core value to human beings. Instead, they are associated with primary reinforcers. A commonly used example of a secondary reinforcer is praise. Verbal praise can feel empty or it can feel as if it has value. When verbal praise is routinely linked with completing a behavior and little else, then it can feel repetitive. If, however, praise is linked to affection, then it can become much more strongly reinforcing. Imaging accomplishing a certain task during a basketball game and receiving high fives and pats on the back. The simple addition of affection, which humans are driven to receive, associates the praise with the affection and makes it a secondary reinforcer.

Money is the most obvious example of a secondary reinforcer. Money, on its own, has no inherent value. We value money as a reward because we associate it with the ability to buy things that we receive pleasure from, such as food or entertainment. However, divorced from those things, money has no value. Dollars may carry no value in a foreign country that doesn’t exchange money or accept dollars in a store. As such, money is only a secondary reinforcer because it has no inherent value on its own.

Reinforcement in the Classroom

First of all, it’s important for teachers to identify what has value to their students. Reinforcement only works when what is being used actually reinforces the behavior and motivates future repetition of that behavior. However, this is impossible to do without first identifying what is of value to the student. Once this has been done, teachers can then actually reinforce what the student is doing. This requires the teacher to become familiar with their students and create an environment in which teachers have a close relationship with their students.

Teachers can also create a reinforcer survey to gauge their classes. These surveys basically gauge the students to come to a better understanding of what each student values. The best reinforcers are those that are personalized to the student and have significant meaning to them. This might not always be possible for all teachers though. While some researchers recommend making personally tailored surveys for each student, the practical reality for most teachers is that they are already carrying a host of duties, from developing lesson plans to meeting with parents and handling different types of paperwork. However, teachers can still create a general survey that includes an open response section where students can provide some background on themselves and what they value.

Finding reinforcers can be a problem for teachers if the student has limited communication skills. Students with certain special needs may not be able to adequately communicate what it is that they enjoy. In these cases, teachers can take two approaches to reinforcing their student’s behavior. The first step should be to observe the student to try and identify what it is the student values most in their environment. This can provide clues as to what acts as a reinforcer for that student. Second, teachers should of course get in contact with that student’s parents. Even short discussions can help reveal what the student responds to. Parents are in a better position to understand what their child wants or enjoys than a teacher is, and communication can help identify ways of reinforcing communication in the classroom.

Researchers suggest that reinforcement should be changed over time. In other words, how behavior is reinforced should change from the first time a behavior is reinforced to behavior that happens much later in the school year. The first principle of rewarding behavior is that, if a behavior is going to be given, it should be given immediately after the behavior has been performed. There should be a minimal level of delay between the moment a student learns the behavior versus when their reward is given, which encourages an association between the behavior and the reward. The longer the time between a behavior and a reward, the weaker the association between the two, which makes it less likely that the behavior will be reinforced. At the same time, teachers can pair the reward with verbal praise, a secondary reinforcer. This helps to associate the praise with the reward and gives the praise value as a reinforcer, making the verbal praise motivating and encouraging repeat behavior.

Over time, teachers should try to remain aware of whether their reinforcers are working to motivate repetition over a behavior. It’s possible that, over time, students become desensitized to the reward. They start to respond less strongly and they become less likely of repeating the behavior. When this happens, the teacher needs to start changing the ways in which they reward people. The first way to change up the rewards system is through a concept known as deprivation. Using deprivation, teachers start depriving the student entirely of the reward. Over time, this may motivate the student to start demonstrating the behavior again out of a desire to be rewarded again. The reward should be kept out of the environment entirely so that the student can’t indulge it in any way. If a student responds highly to candy, for instance, there shouldn’t be any free candy available in the classroom. This will help prevent students indulging their desire for candy when the teacher doesn't reward them.

Another concept that teachers can take advantage of is reinforcement thinning. Teachers don’t want students performing behaviors out of the expectation of reward alone. Students shouldn’t expect to be rewarded every time for performing a certain behavior. For this reason, teachers can start to delay the time between the behavior and the reward. Once a student has associated a behavior with a reward, teachers can start delaying the time between when the behavior is performed and when it is rewarded. However, it is important that this occurs only after an association has been created between the two.

Another way that teachers can prevent students from performing behaviors based solely on the hope of getting a reward is by chaining several behaviors together before providing a reward. This makes it less likely for the student to associate the reward with any one behavior. Instead, they will associate a series of behaviors with a reward without the expectation that any one behavior will produce a reward. A teacher can request three different behaviors be completed before the reward is given.