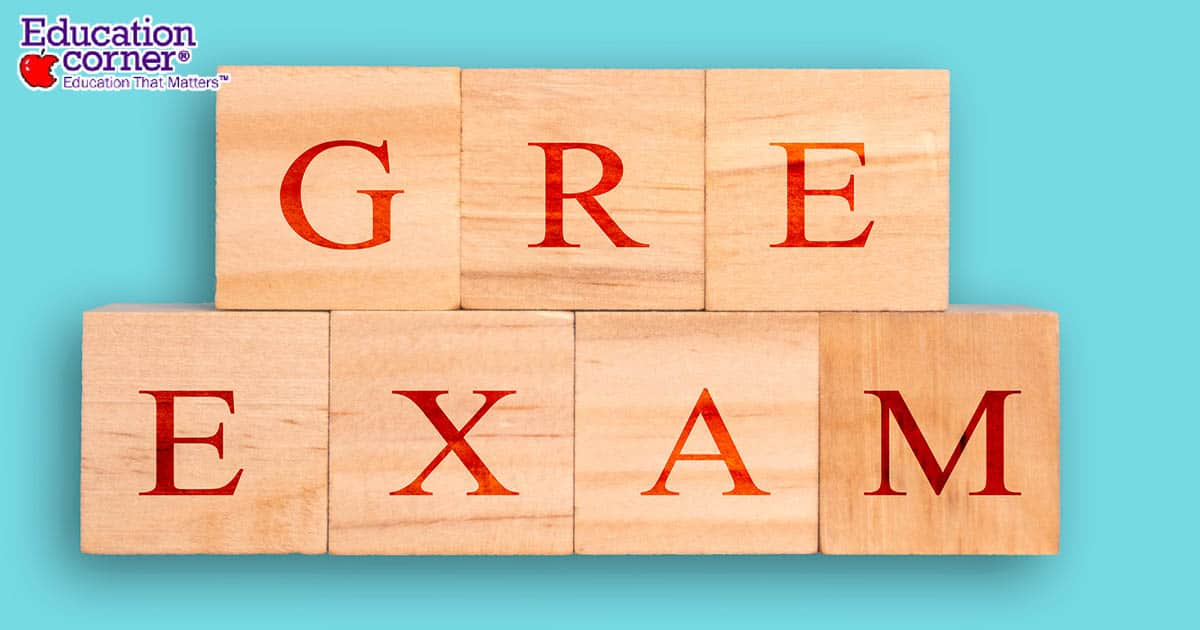 GRE Test Guide - All You Need to Know

The Graduate Record Exam, more commonly known as the GRE, is a standardized test used in North America as an admissions test for graduate school. The history of the GRE is a long one. First created in 1936, it is currently administered by the Educational Testing Service. The GRE is designed to measure four aspects of a student’s capabilities, including verbal reasoning, quantitative reasoning, analytical writing, and critical thinking. These are skills that test designers anticipate students have picked up over the course of their lower level studies. Because the test is designed to measure such a broad array of skills, students can expect to see both math based and vocabulary based problems.

During the test, there are three scores you will receive, which include the:

Given that these are the three scores that students will receive, there are also three respective sections that students will need to complete. There is no dedicated section for critical thinking. Rather, the test designers expect that students will need to use critical thinking to be successful in the other sections of the test. Both the Quantitative Reasoning and Verbal Reasoning sections of the test are scored along a range between 130 to 170. On average, students score a 151 in Verbal Reasoning and 153 in Quantitative Reasoning. Analytical Writing, on the other hand, is scored in half point increments from 0 to 6. The mean score for test takers is 4.0 in Analytical Writing.

The second form of the GRE is the GRE Subject Test. These Subject Tests are designed to measure the degree to which learners have mastered knowledge within a specific field. These tests are therefore highly specific instead of acting as more general assessments of knowledge. Students opt to take these tests when they want to apply to specific programs in graduate schools. Subject tests can be taken in the following areas.

After undergraduate students have achieved a bachelor’s degree in one of these areas, they can then take the GRE in one of these six areas to continue their specialization in their respective field. In this respect, the GRE Subject Tests are little different from the GRE General Assessment. Graduate boards consider scores, either in the General Assessment or Subject Test, along with undergraduate records, letters of recommendation, and other qualifying achievements, whenever the board is considering a student for entrance into a graduate school.

How You’ll Take the Test

The Three Sections of the GRE

As noted, there are three primary sections of the GRE test. Test takers should be familiar with these three sections if they hope to be successful on the exam. Here is an overview of the three sections you will see on the GRE.

To put it simply, the Analytical Writing section of the exam is an essay section. The purpose of this section of the test is to gauge a student’s ability to gather their thoughts and devise an argument within a limited time period. These arguments need to be adequately supported with evidence and structured in such a way that has a logical flow that reasonably leads the reader to the test taker’s conclusion. In many cases, the material will not be very familiar to the student. The purpose of this is to encourage creative thinking in devising a response that still adheres to commonly accepted methods of argumentation.

The Quantitative Analysis section of the exam includes two timed tasks, and each task is allotted 30 minutes, meaning that the total time allotted for this section is 60 minutes total. The first part of this section asks the test taker to analyze an issue in which opinions on a general topic will be read. After reading, test takers will formulate an argument based on the evidence they have read. The second part of the section asks the student to analyze an argument, during which test takers will consider an argument and typically formulate a counterargument.

Test takers will first want to familiarize themselves with Text Completion questions. Text Completion quests are the kinds of questions many students have answered throughout their lives. The student is required to read a sentence and, within that sentence, there are one, two, or three blanks. It’s up to the student to appropriately fill in these blanks. This is essentially a test of the student’s vocabulary knowledge and understanding of grammar.

The second type of question to be answered is sentence equivalence. These questions ask test takers to fill in a blank by drawing upon two voices to create two coherent sentences. These sentences should be similar in meaning. In practice, test takers will see two sentences, one of which has already been completed. The test taker must then choose from a list of words to fill in the incomplete sentence and create a similar sentence. Again, if the words seem particularly difficult, it’s best to skip the question and return later.

Reading Comprehension questions are different from Text Completion or Sentence Equivalence because they ask the student to demonstrate comprehension following a reading of a given passage. Test takers need to be able to understand the core ideas in the passage, how the passage is structured, and identify details in the passage. Test takers will also need to be able to make inference from the text. However, these answers will not need to be generated by the test taker. Instead, a list of choices will be given from which the test taker can select from.

From the name, it should be clear that students will need to work with math when it comes to getting through the quantitative reasoning section. This section consists of 20 total questions. Students can anticipate between seven and eight Quantitative Comparison questions and between 12 and 13 Problem Solving questions. Questions do not involve advanced calculus, trigonometry, or other high level forms of math. However, test takers should expect arithmetic, algebra, geometry, and data analysis to be part of the exam. In total, test takers will have 35 minutes to complete a Quantitative Reasoning section.

From reading through this overview of the general list of GRE sections, it should be clear that test takers want to focus on identifying questions they can finish quickly and prioritize getting through as many of those as possible. If a problem is going to take several minutes to complete, then it’s a problem you will want to save until the end of your test taking time. For instance, if a Problem Solving question is going to take seven minutes to complete, that’s a full 20% of the total time set aside for Quantitative Reasoning. Test Takers would do well to put these time consuming questions off until the very end of their exam.

It’s also helpful to learn how to eliminate obviously wrong answers from multiple choice selection lists. Take, for instance, a question that includes four potential answers. At a random guess, you would have a 25% chance to get the question right. On the other hand, if you could eliminate one answer, your potential for guessing the question right would rise to 33%. And, if you could eliminate two answers, your chance of randomly guessing the answer would rise to 50%. Of course, it may not be possible to approach each problem this way. Some types of questions lend themselves to eliminating answers more than others. You should always try to eliminate at least one answer if possible.

Also, your score doesn’t go down if you select a wrong answer. If you’re completely lost on a question but can eliminate one or two answers, then take a wild guess at the answer after maximizing your chance of answering it correctly. Even if you only have 30 seconds left on the test, go back and fill in any unanswered questions. Your score can never go down, but it can go up.

Tools at Your Disposal

You won’t be unarmed when it comes to answering the questions on your GRE. Instead, there will be a number of tools for you to use. Test takers using a computer format will be able to use an on-screen calculator. Those taking the paper version of the GRE will be provided a specific calculator by the ETS. Test takers should keep in mind that in many cases, it is often faster to solve the questions mentally than to use a calculator on every single problem. This is particularly the case for those questions whose answers are apparent. Don’t waste time double checking your answers out of paranoia, solve the easy questions first, and after you’ve reached the end of the test, use the calculator to double check if possible.

You’ll also be given scratch paper before the test which you can replenish by speaking with the test administrator. Finally, although not strictly a tool, you will be given a 10 minute break after the third section of the exam and a one minute break between other test sections. This is the best time to replenish your paper if you need to. At this point, it’s probably best to mention that you should avoid taking unscheduled breaks during the exam. The test won’t pause for you. So, in simplest terms, make sure you use the restroom before you begin the test.