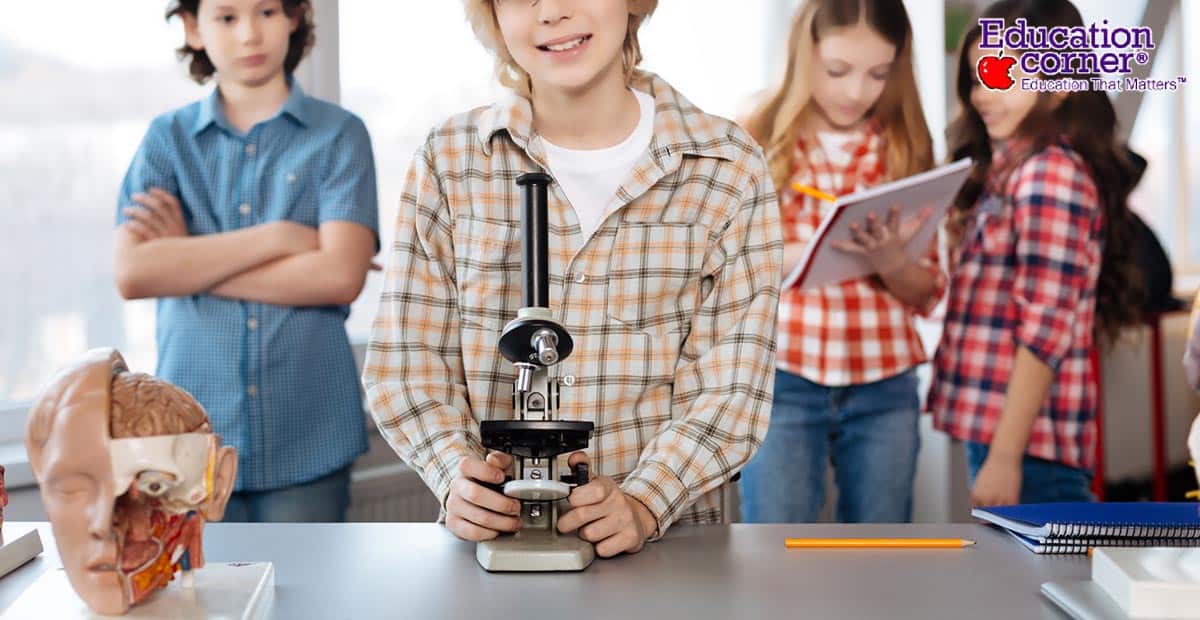 Pros and Cons of Gifted Learning Programs in Schools

Let's be honest, the majority of parents want their children to participate in a school gifted education program. It makes parents feel good to know that their child is considered "gifted" and most people believe that being gifted places kids on a path toward success. The truth, however, is more complicated. Although there are distinct benefits of gifted education, there are also some potentially serious problems. Not every gifted child is happy, healthy and guaranteed future professional triumph. In a previous article, I discussed the different types of gifted programs that are offered in the majority of schools teaching K-12 education. Many of the pros and cons of gifted programs are dependent on what type of program is offered by the school. The following will consider more general aspects of gifted education.

The Advantages of Gifted Education

Being labeled as gifted certainly is a boost to one's self-esteem. Knowing that you are one of the "smart" kids can't help but make you feel good about yourself. The effect is especially amplified when placed in a classroom along with non-identified students; gifted students tend to achieve academically at a higher level and, therefore, feel better when compared to non-identified peers. The literature refers to this as the Big Fish, Little Pond Effect.

One of the complaints you often hear from gifted children is that the work is too easy and they don't feel they are being challenged academically. Being in a gifted education program largely alleviates that concern. Children are given work commensurate with their academic level and can progress at their own pace. In many gifted programs, students are placed with other gifted children who help push them to reach their academic capabilities. Kids are more likely to reach their potential when challenged academically.

Another frequent criticism of general education is that it is boring. Because kids are not challenged, they lose interest in their academic pursuits. By increasing the difficulty of the work, and focusing more on particular interests, students stay engaged in their education. Additionally, research has shown that creative interests first explored in gifted programs often remain intact into adulthood.

Although this is a controversial subject (mainly because there is research to support both sides of the argument), there is evidence to suggest that students in gifted programs exhibit higher levels of achievement than their peers. In a meta-analysis of research over the past century, it was found that particular types of gifted programs—namely acceleration and ability grouping— had significant positive effects on academic achievement.

There appears to be a link between students who obtain gifted education services and post-graduate academic success. Several longitudinal studies have exhibited that children who are identified as gifted during grades K-12 go on to higher levels of graduate education, including a significantly higher percentage of doctoral degrees. Critics correctly remark, however, that there are many more highly successful people that were not identified as gifted. Furthermore, there are numerous different variables that affect future success.

Gifted children often have different interests than non-identified peers. Being seen as different may lead to difficulties socializing and a feeling that they don't belong. In a gifted program, students find peers with similar intellectual pursuits and may fit in better than in a general education classroom. As a result, they feel more comfortable socializing and may find it easier to make friends. In fact, students whose education was accelerated above their age level have been found to have improved social skills compared to peers that were not accelerated.

The Disadvantages of Gifted Education

This is the other side of the Big Fish Little Pond Theory. If a gifted program separates out the gifted students from the non-identified kids, then a gifted child may find themselves a small fish in a big pond. Research has shown that a child's self-esteem can suffer when they no longer feel they have an academic advantage over their peers; they compare themselves to their gifted peers and might feel they do not measure up.

Expectations play a huge role in how parents treat their children. Parents sometimes push children too hard if they think they are gifted. Additionally, If parents expect a student to be able to easily complete their work, they may be unsympathetic if they struggle in a specific area. It is important to remember that a student may have varying strengths. They may be gifted in math and science but not in reading and writing. A child may also expect they can accomplish tasks easily because they have been told they are gifted and beat up on themselves if they have difficulty. This can lead to a situation where a student stops trying due to a fear of failure; they may only attempt tasks they know they can complete with little problem.

Although this certainly does not apply to every child, some gifted kids don't learn to work hard because tasks come easily to them at a young age. As they grow older and work becomes more difficult, they have not established a positive work ethic. This can somewhat be counteracted by family and teachers emphasizing the importance of effort but it can be hard to break habits if they have become ingrained in one's behavior. Dr. Anders Ericsson, a Florida State University professor, has conducted research on the relationship between IQ and attaining expertise in a specific area. He has found that IQ may help you initially grasp a skill but there is no relationship between intelligence and excelling in that activity. It is effort and practice that is integral in achieving optimal performance. Therefore, students who do not develop a solid work ethic are at a disadvantage, despite their giftedness.

Gifted services are determined at the state and local level. With a focus on general student proficiency—marked by the emphasis on statewide achievement tests—not much money is allocated for gifted programs. Gifted education is often an afterthought for many schools. Only four of the 32 states that provide money for gifted programs fully fund the needs of their students. As a result, many gifted programs run on very small budgets and have limited resources. As people want to say, "you get what you pay for".

Teachers Are Not Adequately Trained

The requirements for gifted teachers are established at the local level. Ideally, a gifted program has special certification criteria for its teachers but that is not always the case. It is very possible that children in gifted and talented programs are being taught by teachers who have no special expertise in how to instruct gifted students. Furthermore, for students in gifted programs that use grouping and compacting strategies, it is possible the majority of their instruction will be done by a teacher without special certification. A certified teacher may come into the classroom at certain times during the week but those are only small periods of time compared with the amount of overall instruction.

There is a lot of debate in the field as to how gifted children are identified. Most of the time, a child is initially identified as having the potential to be gifted by an elementary school teacher, based primarily on their school performance. Once they are acknowledged as possibly gifted, they are administered some form of standardized testing. This can be problematic for a variety of reasons. First, general education teachers may not be adequately equipped to recognize gifted students (see more below). Furthermore, a test score may not be a good indicator of giftedness. Intelligence is a wide-ranging variable. Depending on the testing used, it may not encompass all facets of intelligence. Moreover, there are many who believe that standardized tests of intelligence favor the wealthy because they have had opportunities and experiences that poorer children have not.

Giftedness as a construct is problematic because it is likely neither static or dichotomic. If testing occurs in second grade, who is to stay that same student would still be considered gifted a few years later? What about those students that miss the cutoff by a point or two? They may be gifted but could have had a bad day during testing. Once a child is labeled as gifted or non-gifted it is difficult to change that label at a later time. Additionally, why is being gifted an all or nothing proposition? Is having a cutoff line based on a standardized test a fair assessment of whether a student is truly gifted? As you can see, the labeling of children as gifted is fraught with problems. It is why some educators, such as James Borland, have called for the label of giftedness to be abolished.

The socioeconomic and racial disparity in gifted programs is probably the most controversial issue in gifted education. The National Association For Gifted Children notes that African American, Hispanic, and Native American children are underrepresented by at least 50 percent in gifted programs. In a Fordham Institute study, researchers Christopher Yaluma and Adam Tyner found that 12.4 percent of students in wealthier schools take part in gifted programs, but in poor schools, less than half of that number (6.1 percent) participate.

There are numerous possible reasons for these disparities. First, poorer schools may not have the resources to identify worthy students. Although poorer schools have as many gifted programs as wealthy schools, they may not have the means to accurately identify students. Screening students for gifted programs costs money. Additionally, minority parents of students may not be as knowledgeable about the gifted process and do not nominate their children for gifted services as often. It is common to hear about wealthy parents pushing for their children to be labeled as gifted, but this may not be the primary concern of parents who come from poorer backgrounds. Moreover, teachers may not be trained in identifying giftedness in minority children and may interpret it incorrectly. For example, what is deemed precocious behavior in a white child may be seen as acting out behavior in a minority student.

Teacher bias is a contentious topic in gifted education. White teachers may have a conscious or unconscious bias against nominating minority children to gifted programs. A Vanderbilt University study found that a high-scoring white student was twice as likely as a similar scoring black student to be identified as gifted. Those same researchers found that the bias disappeared when the teacher was black. Racial profiling, whether done intentionally or not, is a real phenomenon that may be contributing to the inequity in gifted programs.

The Future of Gifted Education

Gifted Education has its proponents and its detractors. Although it is under attack by certain educators, it does not appear to be disappearing anytime soon. There is a genuine need for programs in K-12 education that can help advanced learners thrive. Although being identified as gifted can lead to unrealistic expectations, it can also help a student reach their potential. Evidence suggests that gifted programs help students with academic achievement, socialization, and future success. Unfortunately, many gifted programs lack the necessary resources and are taught by teachers without the proper training. The current methods for identifying gifted learners is highly flawed. Minority children and those of low socioeconomic backgrounds are underrepresented in gifted programs for a variety of reasons. It is imperative that qualified minorities and people of low socioeconomic status receive appropriate gifted services. There is a gap in the social and economic status for minorities in this country. The proper identification and implementation of gifted services is one small way to begin to reduce this inequality.