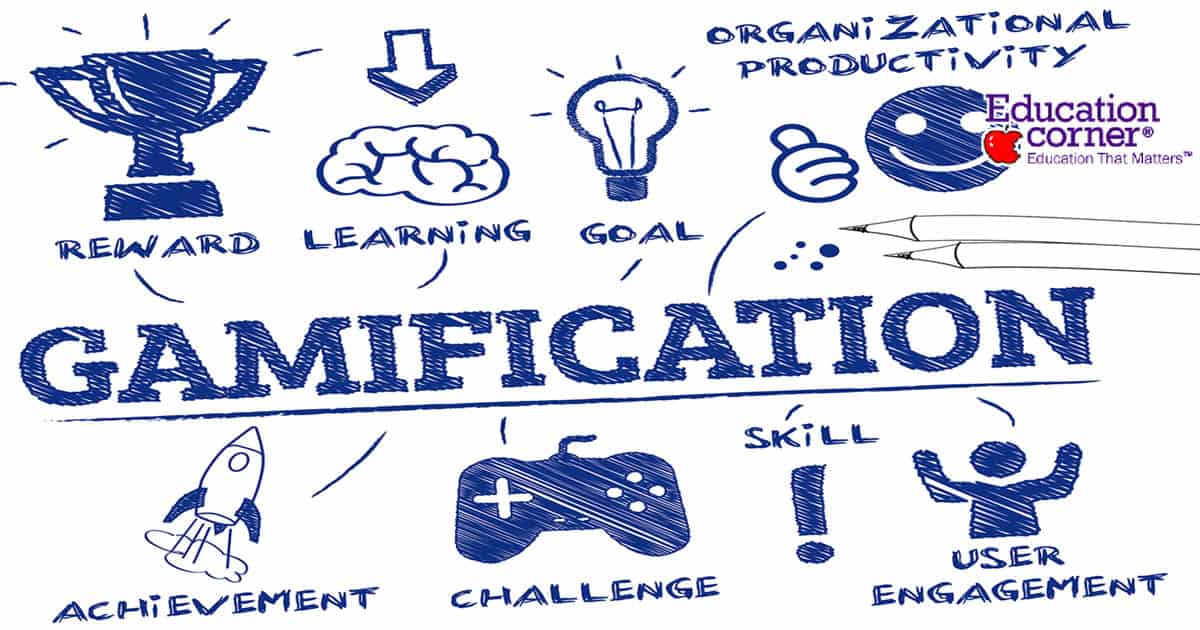 Guide on Gamification in Education

Over the past few decades, one of the fastest growing areas of entertainment was gaming. Video games kicked off this trend in the 1980s, with the arrival of the Nintendo and the explosion of popular titles such as Super Mario Bros. and The Legend of Zelda. Over the next few years, gaming continued to become an ever more popular hobby as new gaming systems were released and games became ever more popular.

Researchers became interested in gamification because the concept could be implemented in different ways to motivate people. Companies like Blizzard Entertainment used gamification to keep people playing the same video game for years upon years. Gamification was also introduced in apps like FourSquare, which gave virtual rewards for eating out at restaurants instead of staying at home. So, researchers began to explore whether gamification could be used in different ways to keep people’s attention and interest.

As documented by Frank Smith for EdTech magazine, gamification has a long history in our culture and took a long path to being introduced in education. In the late 19th century, stores gave stamps to award customers for loyal shopping behavior. In the 1970s, researchers started looking at ways of providing positive feedback to employees in a way that gamified work. By the 1990s, an estimated 30% of American households owned a Nintendo Entertainment System.

However, it wasn’t until the 2000s that researchers started looking at seriously integrated gaming and education. The early 2000s was a period in which researchers explored how to link gaming with different industries, including work training, health promotion, and education. The term “gamification” itself was coined in 2003. Then, after 2010, classrooms became increasingly game based at a time that more online gamified courses were being offered. By 2014, it’s estimated that 70% of organizations had at least one gamified application.

How is gamification done?

So, how is gamification applied in the classroom? Educator Macie Hall discussed a few ways that gamification could be in integrated into the teaching environment. The process begins with understanding the students in a classroom and their capabilities, which can help to set learning objectives. After settling on goals for their students, teachers can structure the learning experience so that learning leads to a point where students can tackle challenges that are particularly difficult for them. Specific games can be identified that will best be suited for addressing these problem spots.

Importantly, gamification doesn’t necessarily require students to interact with software. Gamification can actually be done anytime that teachers can find ways of integrating game elements into the classroom. Hall noted that, properly done, gamification retained the educational element of the classroom while also promoting fun and engagement among students.

Actually implementing gamification requires teachers to rethink how they conceptualize the classroom. Teachers can look at grades as rewards and incentives for students. In the same way that games reward players for performance, grading can be reconceptualized and renamed. Educator Rambo Levin did this by calling grades “experience points.” In games, more experience points help a student move to the next level of progression. This acts as a reward for what they’ve achieved.

Just how to implement gamification may change from one classroom to another. However, some of the core concepts will always be true. Helping students reconceptualize their learning, introducing challenges, and allowing for some friendly competition can encourage engagement and promote fun in the class. At the same time, learning never becomes secondary to the fun. Instead, learning and fun are packaged together to keep students interested.

Writing for Getting Smart, an education website, author Scott Freiberger noted that education was becoming increasingly gamified. Education related games have specifically become increasingly popular. These programs are designed to cover all sorts of topics in a fun, gamified way. Gamification took the form of programs that students could use on a traditional PC.

One example of how gamification was being done in the classroom included the MIT App Inventor, which allowed students to create their own apps within the classroom. The gamification element came in the form of challenges that allowed the students to compete with one another in the design of these apps. However, Freiberger also pointed to software programs like Mathalicious and Get the Math, both programs that challenged students using situations they might encounter in real life. This scenario based learning grounded the education in situations that a student could identify with.

Author Pim dan de Pavoordt highlighted one example of software gamification in the form of the program Supercharged!, which allows students to interact with digital recreations of magnetic and electrical fields. The program was designed to help students better understand how electromagnetism works by changing the charge their character holds and placing electromagnetic charges in the environment. This manipulation of the environment impacted how their character moved through the surrounding space. The game developers noted that using the game helped correct inaccurate ideas about how electromagnetism worked.

Supercharged! was developed by MIT, which also developed Revolution. This second game is a multiplayer roleplaying game that encouraged a collaborative approach to learning about the history of Colonial Williamsburg. The game allows players to take on the roles of town people in Williamsburg, and each player has to fulfill daily responsibilities and routines. The game also allows students to form political allegiances while the effects of the Revolutionary War begin to influence the town.

Because of the blend of political loyalties, citizenship statuses, and economic influence, the game pushes each player to form different responses to the political crises developing around them. The game takes place over short episodes that can be played within 40 minutes.

Yet among the most interesting aspects of Revolution might be the software engine it was based on. The developers took the game Neverwinter Nights, which can be modified relatively easily, and remade it to create their game focused on Colonial Williamsburg. This showed at least one direction that developers could go when it came to making engaging, educational games. Instead of starting from scratch, developers could take any one of several modifiable games and develop their game from that.

Gamification has taken a long route over the last century, morphing along the way as it became integrated into everything from loyalty programs to education itself. For instructors, gamification requires rethinking the classroom. Finding ways to challenge students is important, and reconceptualizing basic concepts, like grading systems, can help engage learners more effectively. Shifting away from the traditional lecture may help to gamify the environment, and immersing students into their learning, as demonstrated in games like Revolution, may help classroom lessons feel more applicable. By increasing the student’s engagement, teachers increase the likeliness that these lessons will be remembered.