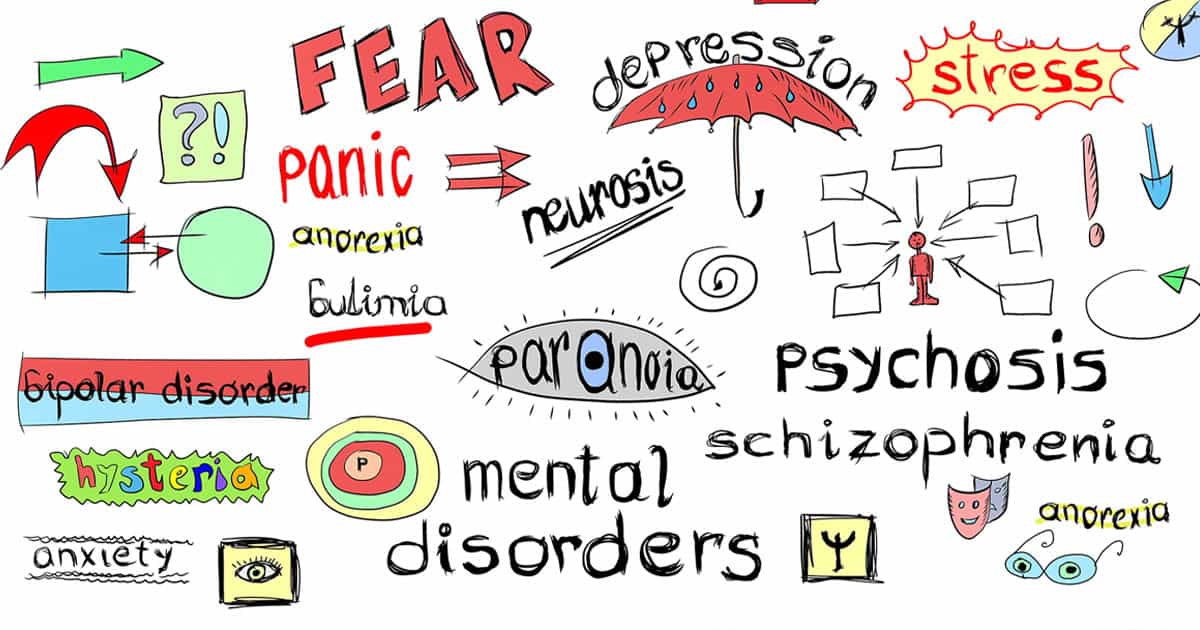 Emotional and Behavioral Disorders in the Classroom

"Emotional and Behavioral Disorder" is an umbrella term under which several distinct diagnoses (such as Anxiety Disorder, Manic-Depressive Disorder, Oppositional-Defiant Disorder, and more) fall. These disorders are also termed "emotional disturbance" and "emotionally challenged." According to the Individuals with Disabilities Education Act (IDEA), children with emotional and behavioral disorders exhibit one or more of these five characteristics:

This category encompasses a wide range of conditions. Psychiatric disorders are defined as mental, behavioral, or perceptual patterns or anomalies which impair daily functioning and cause distress. Some of the most common examples of these diagnoses include:

From a teacher's perspective, psychiatric disorders present a profound challenge for a number of reasons. For one, schools are not hospitals, and teachers can not be expected to "treat" these disorders. Students who struggle with these sorts of challenges are often undergoing treatment and may be receiving medication. Medication can affect people in unexpected ways and, because medical information is confidential, teachers may be unaware why students are acting the way they are. This makes it difficult to respond appropriately to certain behaviors. Additionally, students suffering from these conditions may be simply unable to meet academic and behavioral expectations. In such cases, students need to receive special education interventions of some sort, and may need to be moved into a special education classroom.

Children with behavioral disabilities engage in conduct which is disruptive to classroom functioning and/or harmful to themselves and others. To be diagnosed as a behavioral disability, the behaviors must not be attributable to one of the aforementioned psychiatric disorders.

There are two categories of behavioral disabilities: oppositional defiant disorder and conduct disorder.

Oppositional defiant disorder is characterized by extreme non-compliance, negativity, and an unwillingness to cooperate or follow directions. Children with this condition are not violent or aggressive, they simply refuse to cooperate with adults or peers.

Conduct disorder is much more severe. This disorder is characterized by aggression, violence, and harm inflicted on self and others. Students with conduct disorder typically need to be taught in special education classrooms until their behavior has improved enough to allow contact with the general education population.

Strategies for Teaching Students with Emotional and Behavioral Disorders

As with other conditions, students with emotional and behavioral disorders need a positive, structured environment which supports growth, fosters self-esteem, and rewards desirable behavior.

Rules need to be established at the beginning of the school year, and must be written in such a way as to be simple and understandable. The wording of rules should be positive: "Respect yourself and others" is a better rule than "Don't hurt anyone." Keep it simple: 6 rules or less.

Consequences for breaking rules should also be established at the beginning of the school year, and applied consistently and firmly whenever the rules are broken. The consequences must be consistent and predictable. When administering consequences, provide feedback to the student in a calm, clear manner. That way, the student understands why the consequence is necessary. Try to avoid becoming emotionally reactive when rules are broken. Emotional reactivity gives the student negative attention, which many children find very rewarding. Remain calm and detached, be firm yet kind. It's a difficult balance to achieve, but crucially important for positive results.

Routines are very important for classroom management. Students with emotional and behavioral disorders tend to struggle with transitions and unexpected change. Going over a visual schedule of the day's activities is an effective way to start the day, and helps the students feel grounded.

Students with emotional and behavioral disorders often need to receive instruction in a special education setting because their behavior is too maladaptive for a general education classroom. Here are a few ideas to guide and support growth towards more positive, adaptive behavior:

Teaching children with emotional and behavioral disorders can be extremely challenging. Remember: fostering and rewarding positive behavior has proven to be vastly more effective than attempting to eliminate negative behavior. Punishment and negative consequences tend to lead to power struggles, which only make the problem behaviors worse. It is not easy to remain positive in the face of such emotionally trying behaviors, but don't give up. Your influence could mean a world of difference to these students who are struggling with an incredibly difficult condition.