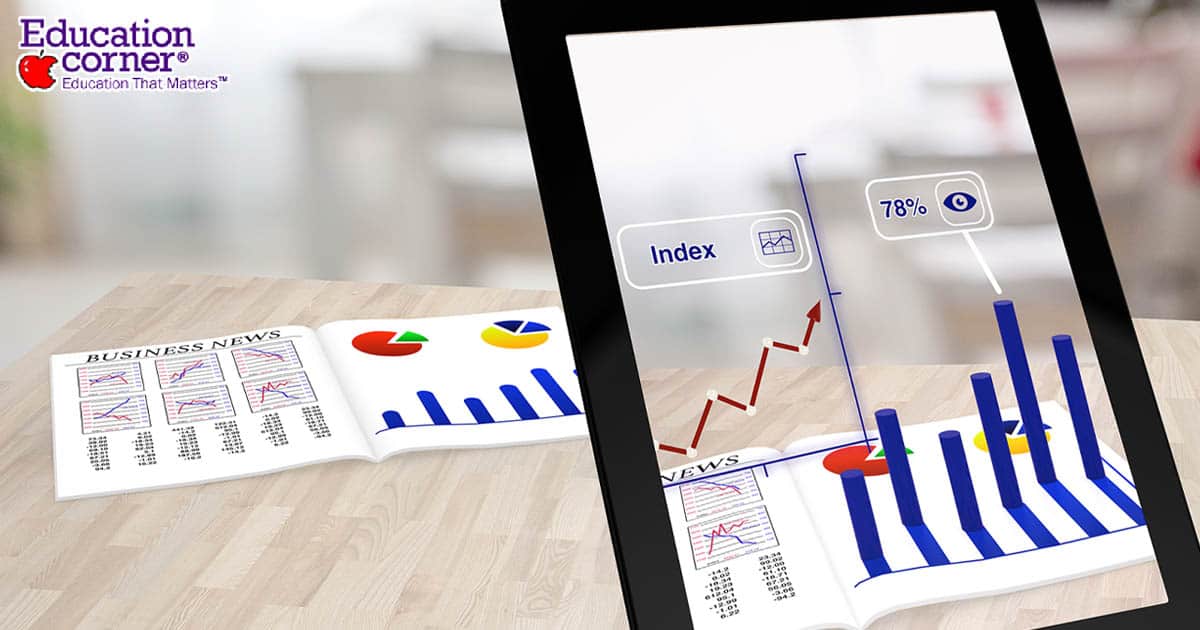 Using Augmented Reality in the Classroom

The technology being used changes the user’s perception of the real world. This is not virtual reality, because virtual reality attempts to replace the real-world environment with a digital one. Depending on how sophisticated the technology, augmented reality can display visuals over the real world, provide artificial audio feedback that’s not actually present in the environment, and give various types of feedback through a user’s different senses.

If this sounds complicated, that’s because it can be. Advanced augmented systems include visual headsets and complicated controls for interacting with the enhanced real-world environment. However, there are much simpler ways of implementing augmented reality. This simpler version of augmented reality can be accessed using the same tools that most students use every day – the modern cell phone. Smart phones, specifically, have the ability to create an augmented reality experience.

As documented by Forbes, there are multiple ways that augmented reality has been brought to life over mobile phones. The Gatwick app connects terminal beacons to mobile phones to help passengers navigate the area. Meanwhile, IKEA’s app lets people scan their rooms and redesign them on their mobile screens using Ikea furniture. Sephora’s app lets people scan their faces and try different looks by combining different facial products. These are just a few examples of how reality can be enhanced using augmented reality apps. However, how can augmented reality help in the classroom?

Augmented Reality in the Class

In a piece developed for EdTech magazine, author Meghan Cortez noted that augmented reality had the power to transform the classroom. The possibilities, Cortez argued, were vast. Augmented reality was being integrated into medical training to help medical students simulate surgeries. In primary and secondary schools, augment reality was used to help deaf students by delivering interactive flashcards that operated using sign language to interact with the students.

Teachers should be aware that the application of augmented reality has, thus far, leaned heavily toward science, humanities, and the arts. These are topics where augmented reality lends itself most easily toward interactive experiences. On the other hand, the least integrated topics were in areas of health, welfare, agriculture, and teaching training. This divide suggested that augmented reality might not be ideal for teachers of all subjects. However, it can provide an important, hands-on experience that helps to increase the level of engagement students feel with their materials.

Augmented reality can promote interactive experiences with coursework, encourage collaboration between students, improve motivation, and increase learning gains. These benefits all rely on effectively implementing augmented reality into the class. When integrated poorly, augmented reality faces several limits, including too much focus on virtual information and intrusion of the technology onto actual leering gains.

There are other benefits to adding augmented reality to the classroom as well. For instance, as covered by the Tech Advocate, there are plenty of ready-made resources that teachers can draw upon to more easily integrate the technology. Several books have already been released that are designed to work with augmented reality, and the only thing that students need to bring to the lessons are their smartphones.

Teachers only have to provide the books and students can scan the book pages, bringing them to life on their phones. This means less prep times for teachers. With regard to resources, the availability of resources means that teachers only have to print out enhanced worksheets if they want their students to take the augmented experience home. Pre-made augmented reality sheets can be printed out by the teacher, which makes it easier for teachers to make augmented reality into their preparations.

The staff of Cypher Learning, which develops the NEO learning management system, also reviewed some of the benefits of using augmented reality in the class. When properly integrated, it can increase enthusiasm for the materials among students and increase their motivation. Augmented reality often presents a new way of learning for students that’s easy for them to become enthusiastic about.

At the heart of what drives this increased motivation is the novelty of augmented reality, but also its interactivity. Students can directly manipulate enhanced elements of their environment, which can contribute to deeper learning among students. It’s more likely that students will remember their materials for the long term because they will be able to directly interact with their materials in fun and innovative ways.

When it comes to implementing augmented reality technology into the classroom, there are a few design principles that instructors should keep in mind. As discussed by researchers Robert Miller and Tonia Dousay, the first duty of a teacher is to ask why. Why are they implementing the technology and how do they intend to use it to support learning goals? Haphazardly introducing a technology just for the sake of using it won’t lead to improved outcomes.

The best role for augmented reality is as a supplementary tool, rather than as a primary method of delivering content. So, while teachers can use it to bring lessons to life, they also need to maintain a focus on more traditional ways of delivering content. Augmented reality is best suited to enhancing those traditional lessons rather than acting as stand-alone methods of instruction.

It’s also important for teachers to know their classrooms. If their students don’t possess a certain level of technological knowhow, they won’t be able to work with augmented reality effectively. If teachers are hoping to use such technology, they should probably gauge their classroom at the start of the year first. This is important because Miller and Dousay suggested that trying to use this technology among students who didn’t have a certain level of technological competence would only detract from meeting learning goals.

One of the difficult aspects of integrating augmented reality into the classroom is settling on the right apps to use. There are more than just a few apps teachers can draw upon to enhance work in the classroom. Here are just some of the most popular for students of all ages.

Using Augmented Reality in the Classroom

One of the primary ways that teachers can ease the transition to augmented reality is by adopting tools that can apply to all grade levels and skill levels. A specific example that educators used was Merge Cube. This cube is essentially a hologram that students can manipulate. Depending on the apps that are downloaded, the cube can become many things – a globe students can use to explore the world, a multi sided game that trains students in ways that sharpens their memory, an aquarium that students can use to identify various fish species, or a device for rotating projections of the solar system. Merge Cube is just one example of a single tool that can be adapted for multiple audiences using an abundance of free apps. Tools that can be adapted to multiple audiences can help reduce the amount of resources teachers have to seek out to enhance their classes.

Another way that teachers are integrating augmented reality into their classes is by giving students ownership of the education experience. Teachers often use augmented reality to deliver content through apps. However, students can put together their own projects using apps that can then be shared with the class.

Whereas students used to put together PowerPoint presentations, they can now use augmented reality to bring presentations to life. Just one example that educators provided was the use of Google Street View. By drawing on images from Google Street View, students created images that could be viewed at any angle. This helped them create views of the world that could be manipulated in 360 degrees. Such approaches helped to increase student engagement and get them doing hands on work in augmented reality.

Other ways that teachers have integrated augmented reality was discussed at New Gen Apps, an organization that develops mobile applications for business and education. One interesting way to help get students acquainted with their instructors can be accomplished using augmented reality. Schools can put together a faculty photo wall where students can use their devices to scan each photo. Then, on their screens, the photos will come to life and provide different information about their teachers. This can be especially helpful the first week of school as students are first getting acquainted with their instructors. Using this approach, a novel and fun way of learning about a school’s staff may help students transition into the school year.

Science teachers have also used augmented reality to provide students with a more engaging way of learning about lab safety. Using triggers around the classroom, science instructors can bring warning about lab devices to life. As students walk through the lab, their devices can scan these tags and learn about different rules they should adhere to when running different lab experiments and working with different equipment.

It’s clear that there are many interesting ways that teachers are using augmented reality in the class. It can be used to teach rules and safety protocols, introduce students to their instructors, empower students to create their own three dimensional presentations, or manipulate adaptable tools that can teach different lessons depending on the app that’s downloaded. However, because augmented reality remains a relatively new field in education, researchers and educators are sure to discover new ways of using the technology in the future.

The state of augmented reality in the classroom today is still a little bit fractured. Researchers have made significant strides in understanding some of the best approaches to integrating augmented reality, but it remains one of the newest fields in education. Because of that, educators are still finding new ways of effectively using the technology in the classroom.