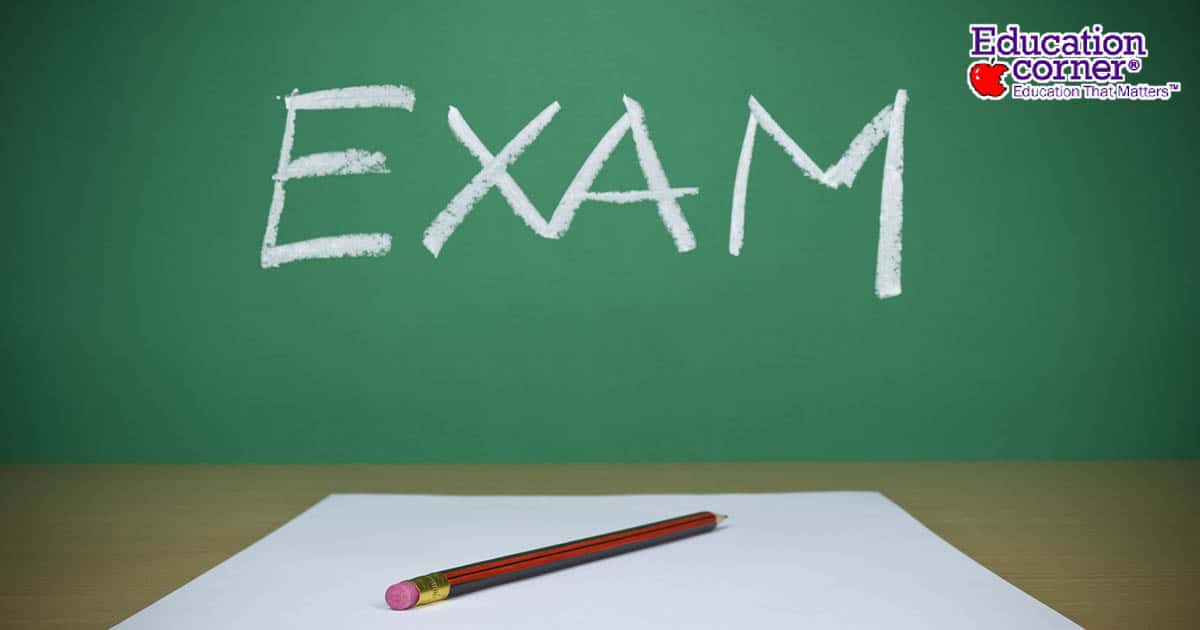 The ACCUPLACER Test Guide - All You Need to Know

Universities and colleges rely upon placement testing to determine just how ready incoming students are for college. Using these tests, these schools can identify what classes are best suited for a student. The placement test is particularly important for two year colleges, since they often have a non-competitive admission policy. In other words, lots of people get accepted into these schools but may sometimes not be prepared for some of the college work they will encounter. Schools try to match these students to classes where they will succeed and strengthen some of their weaknesses, which prepares them for succeeding in more advanced classes. One of these placement tests is the ACCUPLACER exam.

The ACCUPLACER exam using computer adaptive assessments to gauge a student’s abilities. Computer adaptive assessment refers to computers that adapt their difficulty level in response to the performance of a student. If a student demonstrates higher levels of skill, the test will adapt and become more difficult. If a student is struggling, the test will be adjusted to a lower difficulty. The test will eventually settle on a difficulty level that is appropriate to the student. The advantage of the ACCUPLACER exam is that it can offer immediate results that can precisely gauge the student’s performance level. This helps to place a student immediately rather than wait for a long delay. The ACCUPLACER can also recommend certain types of support that will help the student perform at a higher level and strengthen the academic areas that they’re weakest in.

Over the years, ACCUPLACE has become increasingly popular as a diagnostic tool. Millions of ACCUPLACER tests are administered every year in secondary and postsecondary institutions, and the test even helps connect students to opportunities in college and when they progress into their careers.

ACCUPLACE gauges a student’s reading, writing, and mathematics skills. Once it has done this, it identifies what courses the student’s knowledge aligns with. If the student’s knowledge and skills are strong in English but weak in math, the exam may recommend more advanced English courses but remedial mathematics courses. The classes that are recommended depend entirely on the student’s performance. The test also identifies gaps in their knowledge. Even if a student performs relatively well, they may demonstrate specific weaknesses that recommend specific interventions to address. The test recommends different interventions that are designed to improve the student’s skills.

Parts of the ACCUPLACER

There are six major parts to the ACCUPLACER that a test taker will have to complete when finishing the exam. These sections are divided into math and English skills. Some of these parts include sub-sections that students will need to navigate.

The College-Level math sections of the exam will offer significantly tougher challenges that the basic arithmetic problems students have previously worked with. The topics that are included among these problems are broad and include, but are not limited to:

As can be seen, there are a broad number of topics covered under College-Level Math. Preparing for these will require a time commitment to understanding a wide range of mathematical approaches.

It’s debatable whether the Elementary Algebra test covers fewer topics than the College-Level math section. There are three main types of questions, but each category includes numerous types of problems to solve. Once again, these questions include, but are not limited to, the following:

Once again, students will find themselves with a wide range of problems to deal with in the Elementary Algebra section. This is one area where taking practice tests can benefit a student, since it can help familiarize them with the wide variety of problems that they are likely to encounter.

Once beyond the math section, the variety of questions that test takers will face become far fewer, but that doesn’t mean that they can be any less prepared for the rigors of the questions they will encounter. The first test, Reading Comprehension, is a measure of a person’s ability to understand what they read. Students will be asked to read passages, make inferences from those passages, and identify what is a direct statement and what is a supporting idea in an argument.

Unlike reading comprehension, the Sentence Skills portion of the ACCUPLACER measures a test taker’s grammar. Students need to be able to analyze the structure of a sentence and identify ways to make the sentence clear. There are two forms of Sentence Skills. The first asks students to provide answers that make a single sentence make logical sense. The second type asks students to identify relationships between two different sentences.

Many test takers will be familiar with the essay portion of an exam. It’s no different with the ACCUPLACER. Students will be asked to take a position and argue in support of their position. There are five criteria by which each essay is assessed. The first is focus. Each essay should be tightly focused on supporting an argument without the student wandering off on only lightly related topics. Filler should be eliminated and participants should always be working toward making each paragraph support their point.

Essays should also be organized. Tet takers may benefit from using a familiar structure to arrange their essay, such as the five paragraph format. This format begins with an introduction, progresses to three supporting arguments, then finishes with a conclusion that summarizes the work. However, it’s up to each participant to decide on their structure.

One of the benefits of using a structure like the five paragraph structure, though, is that it meets the third criteria of a good essay: development and support. If the second, third, and fourth paragraphs of an essay all include a different piece of evidence supporting the larger argument, a student is far more likely to get a positive score.

The fourth and fifth criteria by which the essays are judged are related. The essay is graded by both sentence structure and mechanical conventions. This gets to the grammar that the test taker uses. Good sentence structure needs to be in place, meaning that aspects such as noun-verb agreement are in place. There should be minimal errors in how words are used and sentences put together, such as when and where commas or semicolons are used.

For many test takers, the written essay can actually be one of the more difficult aspects of the test. Unfortunately, it’s not uncommon for those taking the test to lack significant experience writing and putting together thoughtful essays. This is, once again, a time when practice can help to make up for these weaknesses.

Structure of the ACCUPLACER

Remembering that there are six sections to the ACCUPLACER, you can expect to see roughly 90 questions total on the test. Test takers will first encounter the Arithmetic section, which will contain 17 questions. This is followed by College-Level Math, which also contains 20 questions. The math portion concludes with Elementary Algebra, which contains 12 questions.

On the language and reading side, test takers can expect to start with Reading Comprehension, which contains 20 questions. This is followed by Sentence Skills, which contains another 20 questions. Finally, the ACCUPLACER concludes with the written essay, which forms the final ‘question’ of the test. One thing to keep in mind is that the ACCUPLACER is not timed. That means test takers have plenty of time to make their way from one section to the next without feeling rushed.

Variations on the ACCUPLACER

Besides the traditional ACCUPLACER, there is also a variation designed for English-As-A-Second Language (ESL) learners. This variation of the test was designed for those whose language was not originally English and helps assess their skills in a way that takes into account their status as ESL students. This type of ACCUPLACER gauges students on their ability to use English in sentences, to listen and understand English, to read and comprehend English passages, and to measure how well the test taker understands the meaning of English sentences.

Preparing for the ACCUPLACER

Preparations for the ACCUPLACER can actually be made from the comfort of a test taker’s home. On the ACCUPLACER website is a web-based study application. Within this application, students can take practice tests in each subject that the exam will cover. Most devices that have internet access can be used to take these tests, so use is not limited to a desktop computer.

Test takers will find that there are several benefits to using the ACCUPLACER web app. The first benefit is that the test provides a “learn as you go” format. This means that the test explains the answers as you progress from question to question. This is particularly important for those who’ve made an incorrect response – or for those who’ve picked the correct answer by mistake.

One difficulty that people have with taking similar sample tests for other types of exams is that the sample tests are rarely similar to the actual tests. Instead, they’re only vaguely similar. The sample tests students find through the ACCUPLACER web app, on the other hand, have a high degree of overlap with the actual tests that students encounter once they begin their exams. These tests can be stopped and started at any time, so learners don’t have to worry about losing their progress. Finally, the app keeps track of testing scores. This helps learners identify whether they’re improving their score over time.

One thing to keep in mind on the ACCUPLACER is that it is entirely multiple choice and it is impossible to skip a question. You want to make every answer count. One way to do this is to learn how to arrive at answers by process of elimination. Simply put, most test takers will find it impossible to have mastery over every topic they encounter. However, that doesn’t mean it’s impossible to make a guess that has a chance of being right. Rather than randomly guess from the choices before them, the test taker should take a moment to eliminate the answers that are blatantly incorrect.

For instance, say there are four choices. A random guess would have a 25% chance of being right. Eliminate one answer and you’re left with three choices, or a 33% chance of guessing correctly. Eliminate a third answer and you’re left with two choices and a 50% chance of guessing correctly. Learning how to eliminate answers that are wrong can help narrow down the options for a question and make a far more accurate guess. Test takers should get into the habit of using a process of elimination to narrow down their choices even when they’re taking the practice test. The only time that test takers won’t use this process is when they’re writing out their essay. However, as mentioned previously, learning the five paragraph structure to writing an essay can help students create a framework by which they can more easily write an effective argument.

Students normally make an appointment to take the ACCUPLACER, so test takers need to establish a date and time that works best for them. Appointment can normally be made through a college advising and counseling office. For those who live far away from a college campus, it may be possible to find an alternative testing arrangement. Remote testing may be possible, particularly for those students who want to attend a school in a different state. Again, to find out about these arrangements, it’s important to contact a college counseling office. Accommodations for those with disabilities can also be arranged through this office. As for taking the test itself, students only need to bring their photo ID to take the test, though colleges may sometimes request that the student bring additional materials. These additional materials will vary, but the counseling office will be able to clarify what materials need to be brought in on the day of testing.