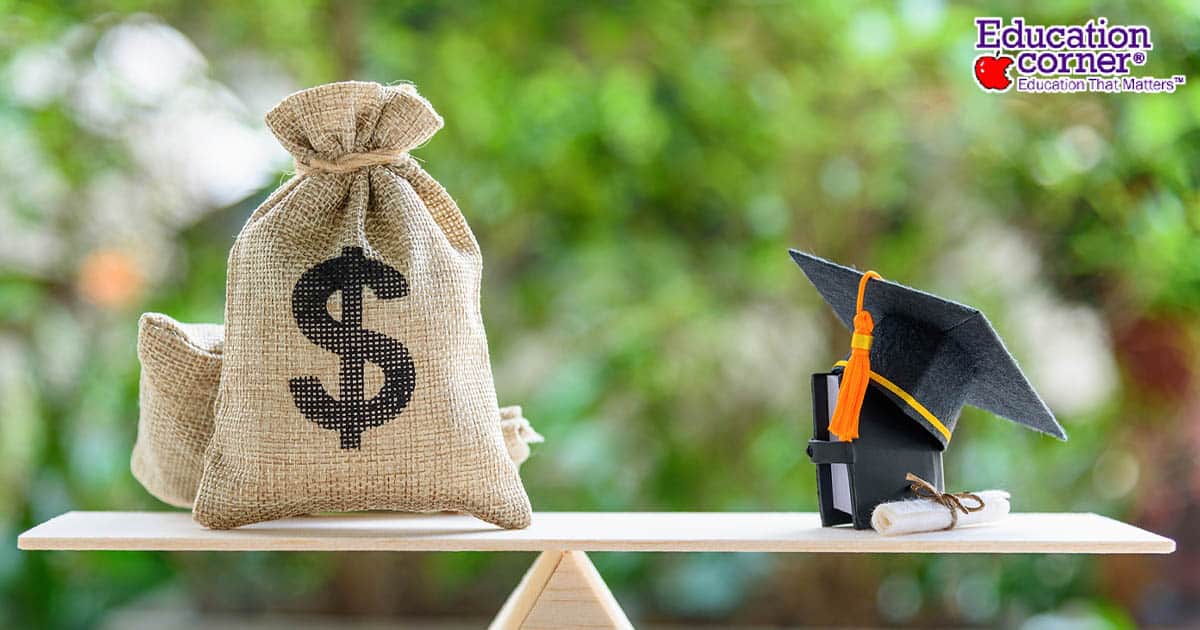 College is expensive and time consuming, regardless of how long a person remains in school. For some, an Associate’s degree taking two years will be enough. For many people, a Bachelor’s program will be the more common choice, with people opting to go into school for four years. Yet others will spend eight to ten year pursuing a Master’s or Doctoral degree. Which one of these is right for you? Which one has the best return on investment? That’s hard to say, since each industry is different. However, with a little bit of research, you can determine what degree has the best return on investment for you.

Average Costs of a Degree

The cost of a degree can vary widely. The numbers presented here are averages of what it costs to get a degree. However, it should be noted that the cost of attending a private institution will always be higher than if a person attended a public institution.

To start, it’s best to examine what the average cost of a degree is. An Associate’s degree only takes two years, which means students can more quickly enter the workforce. This can help a person start generating income more quickly, making the two year degree attractive. An Associate’s degree can therefore seem like a good investment for some, since the average total cost of attending a two year institution of any kind in 2018 was $15,962 for those living on campus and as low as $9,757 for those living off campus with their family. In return, graduates can expect to make an average of $17.48 per hour. Over the course of a year, that equals $36,358 in earnings. For those who manage to find their way into a salaried position, such as a manager, a person’s earnings may average $53,000.

The costs at the Master’s and Doctoral level start to get even higher than what people are used to. Unfortunately, the National Center for Education Statistics does not provide cost information for graduate programs, making it difficult to provide specific details about the costs. However, the costs for a doctoral degree can reach between $50,000 and $60,000 for out of state students attending an institution, adding to the already considerable costs of getting a bachelor’s degree. Of course, costs attending graduate school will be lower for those stopping at a Master’s degree. On the other hand, the earnings for those with graduate degrees are considerably higher than those with lower degrees. An individual with a Master’s degree can potentially earn as much as $24.31 per hour on average, $50,564 per year, or make a salary of $74,000 every year. Those with a Doctoral degree can look forward to earning $45.16, $93,933 per year on average, or make an average salary of $97,000.

Obviously, with these kinds of numbers, there’s a lot of variability in what a person will earn. Each degree that a person earns will command a different income based on the demand of the field they hope to enter. However, these are some fairly consistent guidelines that a student can use to help shape their

With all of the information about the costs of degrees, you may be asking which degrees are most likely to have the best return in terms of salary. Fortunately, that sort of information is provided by the Bureau of Labor Statistics. Because it is difficult to determine the average costs of graduate schools, only Associate’s and Bachelor’s degrees are listed here.

According to the Bureau of Labor Statistics, the median annual wage for people holding an Associate’s degree was $52,830. To compare that number, the median wage for someone with only a high school level of education was only $36,100. However, there was also a great degree of variability in the average earning of people with this kind of degree. In fact, the BLS identified some core career fields where people with an Associate’s degree could look forward to making a substantial income. These areas included the following:

Each of these career fields consists of several different potential jobs. In the realm of computer and engineering, individuals who enter the field of Computer User Support Specialists can look forward to significant earnings. The median annual wage for this job was $52,270 (May 2019). When thinking about what makes a good return on investment, people should consider more than the money they’re likely to make. They should also think about whether they’ll be able to get a job in a specific role. People studying to enter the field of Computer User Support Specialists can anticipate a good balance of healthy income and high job availability. Web Developers made a median annual wage that was much higher, $67,990, but there were only an anticipated 14,600 jobs anticipated to open up by 2026.

Another career field that people often enter includes education, legal, and office support. This is one area where the income earnings are not expected to be as high when compared to those who enter a computer field. On the other hand, there are many more jobs anticipated to be available, meaning that people more concerned about getting a job upon leaving school may want to consider a job in this field. For example, the median annual wage in the field of Bookkeeping and Accounting was $39,240, but there were an anticipated 186,400 jobs in this field opening up by 2026. For someone concerned with higher wages, paralegals and assistants made a median wage of $50,410. However, only 34,700 jobs were anticipated to open up in this field.

For people concerned more with working with their hands instead of in an office or behind a desk, the field of transportation and repair may be of interest. In the area of Heavy and Tractor-trailer Truck Driving,, people can anticipate making a median wage of $42,480. With an anticipated 213,500 jobs opening up by 2026, this made driving one of the fields anticipated to undergo some of the strongest growth while still maintaining decent median wages. Just as in other career fields, the highest earners were anticipated to be those with the lowest job growth. Telecommunications Installers and Repairers were anticipated to make a median wage of $53,380, but only 21,900 jobs were expected to open up by 2026.

This review of Associate’s degrees and their respective earnings isn’t meant to be comprehensive. Instead, it provides a quick look at the range of wages and job openings that a person can anticipate findings upon completion of their degree. A good ROI involves both pay and job opportunity, as well as personal satisfaction. Fortunately, the fields where the BLS identified some of the strongest growth included careers that involved everything from office work to hands on repair.

To really see how much greater the earnings are with a Bachelor’s degree despite high job growth numbers, one has to only look at the financial sector. The field of Accounting and Auditing is anticipated to have a median wage of $69,350 despite a growth of 141,800 jobs during the same period. The lowest growing field in the financial sector, Personal Financial Advising, was anticipated to have a median wage of $90,640 though only 25,500 new openings by 2026. Still, this field clearly illustrated how much stronger both job growth and median wages were anticipated to be when compared against jobs that could be attained with an Associate’s degree.

When discussing return on investment, it’s also important to consider what jobs may not provide a good ROI. Remembering the costs of a Bachelor’s degree on average, people may want to think more carefully about careers in areas such as Coaching/Scouting, Social Work, or the Clergy. These are areas that a person should enter only if they feel particularly passionate about the field, given the median annual wages in these career fields. In the area of Coaching and Scouting, only 42,100 jobs were anticipated to open up by 2026, and the median annual wage was expected to only reach $32,270. The area of Social Work was expected to only increase by 38,300 jobs by 2026, with medial annual wages of only $44,380. Finally, the Clergy field was expected to grow by only 29,200 jobs by 2026 and carry a median annual wage of $47,100. With careers in areas such as these, a mixture of low job growth and low median wages combine to make it unlikely a person will make a good ROI considering the investment they will need to make into completing their degree program.

One additional way of earning increased income and maximizing your earnings can be through the earning of an additional certificate. There are many career fields with respectable income where people can even more if they decide to specialize in a specific area and earn a certificate reflecting that specialization. This makes a person’s ROI on their degree even better. For instance, medical coders have to take patient information and code it into numbers and letters for use in medical records. While this career typically involves a salary of about $41,000, by getting a certificate as a Certified Professional Coder, a person can increase their earnings to $44,026 per year.

For those going into management or project coordination, the potential for additional earnings is even higher. Individuals involved in a company and agile management can make up to $67,820 per year as part of their base earnings. However, a person who decides to get certified can experience an income bump of approximately $30,000, placing their earnings at over $100,000. For people working outside of an office in the area of quality control inspection, earnings can jump from $58,000 to $81,4000 by getting a certification as a Certified Welding Inspector. If you find yourself in a field you’re happy with but want to make more money annually, then you can maximize your earnings by taking the time to specialize in a specific certification.

Determining whether a degree will have a good return on investment isn’t easy. Judging by the numbers produced by the Bureau of Labor Statistics, the cost of getting a degree can vary widely. Getting a good ROI will fluctuate based on how much your degree cost, which itself can depend on how much financial aid you received, whether you attended school in state or out of state, and whether you lived on campus or with family, among other factors. Once done with school, there are specific fields where earnings will be high but job opportunities low, though your chance of finding a high earning job with respectable job growth is more likely when you possess a Bachelor’s degree. Finally, regardless of what type of job you take, it may be possible to increase your earning even further by specializing in a specific certification, which can improve the ROI on your degree even further.

Read also:
- The Value of a College or University Degree
- Benefits of Earning a College Degree
- Are For-Profit Colleges Worth the Money?