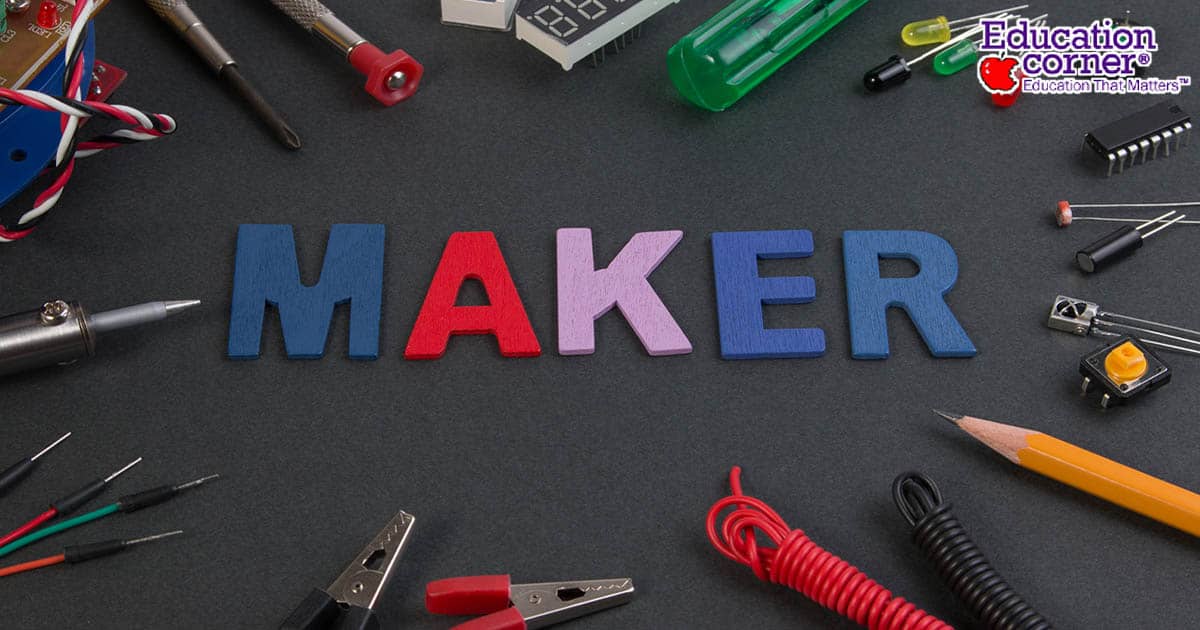 The world has become increasingly interested in teaching students about the core subjects of science, technology, engineering, and mathematics (STEM). The United States, in particular, has put an increasing emphasis on addressing these subjects. Politicians and researchers both consider excellence in STEM subjects to be important to the future security of the country. However, students are not always interested in learning about these topics. For students who don’t naturally like STEM subjects, and even for those who do, maker education can help to make STEM learning more engaging and successful.

Maker education is a form of education that is often characterized by a collaborative approach that uses hands-on experiences to teach problem solving. Participants are called makers and the projects are completed in makerspaces, studios where the makers work. These spaces allow people to collaborate and freely exchange ideas as they work on their projects. This approach places the emphasis for learning on the participants rather than on a lecturer, allowing participants to engage in a number of proven strategies for learning that include peer teaching and learning from failure.

As documented by the University of Southern California, maker education arose out of this tradition of creating with an emphasis on teaching students through creation. Particularly during the 1960s, there arose a new emphasis on making things, and many people were playing with emerging technologies. Groups like the Electronic Railroad Club and Homebrew Computer Club encouraged people to make their own computers and electronics. This laid the modern groundwork for maker education by creating a philosophy that treasured creating and experimenting.

Within this educational philosophy, the emphasis shifted toward creating through inventions, experiments, and allowing for failure. Students learned through hands-on learning and experiencing failure in their projects. From failure, students can adapt and understand how to improve in new projects or iterations of their current projects.

Michael Ralph, writing for the George Lucas Educational Foundation, documented how maker education approaches could be implemented in a freshman biology classroom. This approach set a basis for how other instructors might be able to adapt makerspaces to their own work. The first step for teachers is to identify what parts of the curriculum could be completed hands-on in a makerspace.

As an example that Ralph looked at, teachers examined the topic of water contamination, which addressed several standards the course was trying to address. After finding an appropriate topic where makerspaces could be implemented, teachers came up with several activities that had to do with water cycles. Projects were also established that the class would need to complete.

Students were then guided in a better understanding of how humans contributed to their environment. Finally, students were allowed to work on their projects and build prototypes of the water cycle system. The makerspace was successful because it kept the students switching between several different activities and allowed them to go hands on with projects that mirrored their lessons.

For teachers of other subjects, the principles of using a maker education approach should be clear: identify parts of the curriculum that can be changed into hands-on events, ensure that several related objectives are met during the makerspaces, and keep students involved by switching between brief lectures and hands on activities. Allowing for the hands-on, collaborative aspect of the makerspace helps reinforce the lessons that students learn and makes it more likely that they’ll remember complex concepts.

The University of Southern California ties maker education to the same basic principles that underlie shop and home economic classes. However, in maker education, the emphasis on creation is often combined with the latest and most advanced technology. In practice, students can use these technologies to invent toys, create designs using computer-aided design programs, and make new objects with 3-D printers. Although maker education is often connected to maker spaces, the act of creation can happen in any classroom so long as the technology and resources are present.

The continuous emphasis of maker education is on the act of creation and learning from those creations. As such, advanced technology is not always needed. As described at teach.com, a simple example of a maker project includes building towers using paper, tape, and scissors. Students can experiment with building increasingly taller towers using additional materials to support the structure. Through this process, students can come to a better understanding of how increased weight can affect a structure’s stability and eventually lead to its collapse. A much more advanced example of a maker project includes making electromagnets from bolts, copper wire, and batteries. After creating their electromagnets, students can enjoy their success by playing with their magnets and using them to pick up metallic objects.

To bring it all together, maker education is all about making and creating. It is sometimes referred to as hands-on learning, but maker projects go beyond simply being a form of hands-on education. Instead, maker education is distinguished by its emphasis on projects and experiments. Students can use either everyday physical materials or computer software to experiment and test their ideas. Sometimes, these ideas will fail, and that’s fine. So long as students learn where their projects went wrong and continue to improve on their projects, students will continue to learn and advance their understanding of different STEM principles.