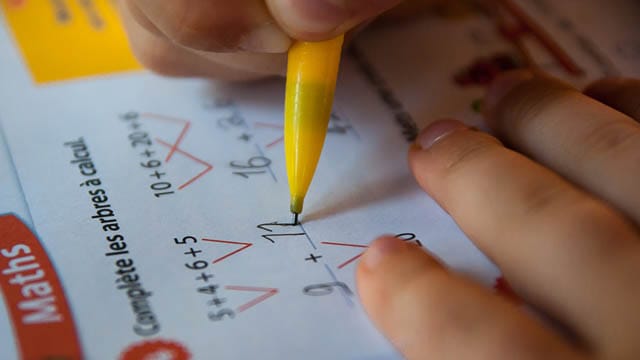 Is Homeschooling Right for You and Your Child?

With more and more parents wanting their children to receive an education different from that being offered in the public school system, homeschooling is becoming more popular every day. Currently, there are approximately two million children home schooled in the United States – and that number is growing by about 10 percent per year. While some Americans are adamantly against homeschooling, studies show that kids who are homeschooled perform well on standardized tests, excel in college, become self-directed learners, and succeed as adult employees. Notwithstanding, if you're mulling over the option of homeschooling your children, there are many factors you should consider to ensure it will be beneficial for them.

For parents thinking about homeschooling their children, below is a list of the pros and cons to consider. This list was derived from the day-to-day experiences of many families from across the United States who've turned to homeschooling as an alternative to the public school system. We'll start with the pros.

Ability to teach what you want, when you want. Probably the biggest benefit of homeschooling is the ability to choose your child's curriculum. You choose what your child studies, when they study and for how long. No one knows your child better than you. And now one cares about your child's progression more than you. If you want to spend more time studying math, you can do so. If American history is of particular importance, you can include it in your child's curriculum. Children also have the ability to spend more time focusing their studies on areas of interest, such as art or science. In most states, homeschooled children have complete autonomy to complete their curriculum at their own pace. Notwithstanding, a bit more relaxed and less rigid structure than the public school setting, homeschooled kids tend to learn just as fast as kids in the public school systems – and sometimes much faster. (Due to new regulation, some states now mandate that certain curriculum be taught in a homeschool setting.)

Freedom to choose. While homeschooling in many ways can be quite demanding, in one way it can be a big relief. Families who homeschool their children are no longer constrained by the daily, weekly and monthly schedule imposed by the public school system. Families may choose to set up a homeschooling routine that mirrors that of the local school system, so that their kids are off when other kids are off, but their lives no longer revolve the school's calendar and school hours. Families find they have much more freedom to go on vacation and live their lives according to their own schedules.

Increased emotional and physical safety. These days bullying is prevalent in most public schools. While not every kid is bullied, it happens to quite a few – and the result can be devastating. It's not only emotionally damaging, but it makes receiving a good education and learning close to impossible for some kids. Unfortunately, drugs and gangs also show their face in the public school system. Homeschooling avoids all of these potentially harmful influences. Other negative influences that homeschooling avoids include peer pressure, competition and poor self-esteem issues. During the high school years, most girls struggle to maintain a high level of self-esteem. Studies show that girls who are homeschooled have high self-esteem that remains intact throughout their high school years. Homeschooled children also don't have to worry about the whole issue of “fitting in” that plagues just about every child in the public school system.

Increased productivity. In most classrooms in public schools there is 1 teacher for every 20 to 30 children. Not only does each child in a public school receive very little one-on-one instruction from their teacher, they also end up doing a lot of unnecessary busywork. In a homeschool setting, children can often accomplish in a few hours what it would take all day to accomplish is a public school. Kids attending public schools often have a ton of homework – because the classroom setting isn't conducive to getting a lot accomplished. Homeschooled kids rarely have homework, as homework is completed while class is in session.

Freedom of religion. Religious beliefs and values are important to many families. While separation of church and state is at the core of the U.S. Constitution, historically religious values have always been a part of our public education system – but not anymore. Public schools today are going as far as to debase the strongly held religious beliefs and values that are central to the belief system of many American families. Homeschooling allows parents to incorporate their religious belief and value system into the educational curriculum for their students.

Increased stability. Case studies indicate the homeschooled children are better equipped to deal with challenges they may face, such as the death of a loved one, illness, or life transitions like a move. When children are homeschooled, moving to a new city or state is far less traumatic than it is for children in the public school system – for many reasons.

More rest. Recent studies have suggested that getting the right amount of sleep is more important to the emotional and physical health of children than we ever imagined – especially for teen age youth. Sometimes sleeping in, just a little bit, is just what the doctor ordered. Early morning sleep can be especially beneficial, especially for kids that aren't morning people. Some children who attend public schools go to school exhausted and come home exhausted due to poor sleep habits.

Even though there are numerous pros to homeschooling, there are also several cons. Fewer friends, lack of extra-curricular activities and limited opportunity to interact with other children are just a few. Below we've listed the most common complaints from homeschoolers.

Increased stress. Life is already stressful enough for most of us, but if you're homeschooling your children, it can get even more stressful. First, homeschooling takes a lot of time and effort. Day in and day out, lessons have to be prepared and children have to be taught. It's time consuming and can sap your energy. Homeschooling isn't as simple as most people imagine. It doesn't consist of a few obedient kids who are great at paying attention and following instructions. Parents who homeschool have to deal with many of the same issues as teachers do. They must also provide their children with hands-on learning experiences and activities. Homeschooling is not spent at the kitchen table with textbooks and worksheets – as many people envision. Homeschooling can be very draining physically and emotionally.

It can be expensive. Homeschooling isn't cheap, especially if you're used to being a two income household. Almost all homeschooling homes are one-income families. Living on one income is just a fact of homeschooling. This can be a big sacrifice if money is tight – but most homeschooling families find the sacrifice well worth having their kids reap the benefits of being home schooled. There is also the cost of books and supplies to consider. As homeschooling is not subsidized by taxpayer dollars – as public schooling is – parents must cover all costs associated with homeschooling.

Prepare for kid overload. We all love our kids. And why are you considering homeschooling your kids in the first place. Obviously, because you love them. But let's get real, being with your kids 24/7 can get a bit overwhelming. If you decide to homeschool your kids, prepare to be with them all of the time. If you can't hand being around your kids that much, then you may want to reconsider your decision to homeschool. But for most parents who decide to homeschool, the time they spend with their kids is just another opportunity to grow closer together.

Limited extra-curricular activities. Parents homeschooling their kids have to come up with extra-curricular activities. This can be a time consuming process – a task that many aspiring homeschoolers don't appreciate until they're actually homeschooling their kids for the first time and find themselves overwhelmed with the workload. It becomes even more difficult as children move into the teen years and become interested in sports. While community sports are usually available for younger kids, teens that are homeschooled are often confronted with limited opportunity to be involved in team sports. While some public schools allow homeschooled kids to participate in their athletics programs, many do not.

Increased scrutiny. Even though there are more homeschoolers today than ever before, homeschooling is facing increasing scrutiny, criticism and negative pressure from federal government and mainstream educational organizations. Homeschooling seen by many as outside mainstream thinking and what's acceptable. Unfortunately, a large number of Americans see homeschooling as a threat to mainstream educational systems and feel that all students should be educated through the public school system. Some critics just can't handle seeing regular parents doing a better job at educating their children than the “highly” trained professionals in the public education system. Homeschooling is seen by many as a fringe institution that exists too far outside of societal norms to be acceptable.

So there you have it! The pros and the cons of homeschooling. So is it really worth it? Well, most homeschoolers who say, “most definitely”. Everything in life that's really worthwhile usually requires effort and sacrifice.