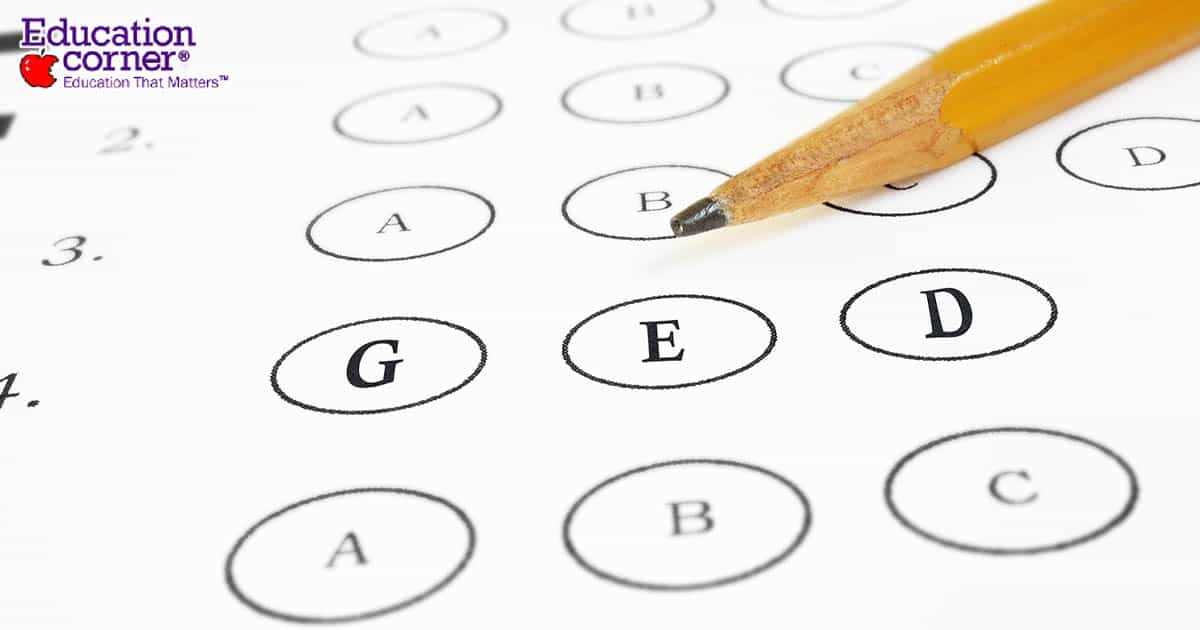 GED Test Guide - All You Need to Know

The General Education Development (GED) tests are not a single test but, rather, a group of four subject tests. Every year, individuals across North America take these tests in order to achieve an alternative to a US High School diploma. The GED is also an alternative to the HiSET and TASC tests. Individuals possessing a high school level education are capable of taking the test. Despite the fact that the test is broken up into four major sections, not all four tests have to be taken at once. In fact, a test taker can space out when they take the section tests so that they can complete them at a reasonable pace.

How You Will Take the GED

The GED exam is only offered on a computer and not in a paper format. The only exception to this is if the test taker needs accommodations due to a disability. A GED test is not offered online over the internet. Instead, the test taker will need to take the test at one of the many test centers found across their country. Anyone looking to take their GED should be aware that there has recently been a rise in the number of websites offering scam GEDs. These scams typically center around offering a GED online using an online test. Remember, you will only be able to take the test in person at a test center.

A Brief Review of What’s on the Exam

For anyone thinking about taking the GED test for the first time, the topic can be daunting. Most people are unsure of what the test will consist of. The test is broken up into four major sections. These sections include

The Mathematical Reasoning section of the exam is broken up into four major topics. These topics include basic math, Geometry, basic Algebra, and the ability to deal with graphs and functions. A GED test taker will not have to deal with advanced mathematical subjects such as Trigonometry or Calculus.

The Mathematical Reasoning section of the exam is divided into two parts. The first of these parts is the Quantitative Reasoning section. To prepare for this section, students will want to brush up on four major areas of their mathematical knowledge:

Test takers will find that this section of the test offers questions in a multitude of formats. These formats include multiple choice, fill-in-the-blank, select an area, and drop-down questions. During this portion, you will be able to use either the on-screen calculator or, specifically, a TI-30XS MultiView calculator. Certain formulas will be available on the screen through the digital formula sheet. These tools are all present to help completing the test easier for the test taker. Finally, there will be a total of 115 minutes devoted to the test, with a short break provided between each section.

The second section of the GED to be discussed is the Reasoning Through Language Arts section. This section asks students to read for meaning, identify and create arguments, and demonstrate mastery of grammar and language. The test taker will not need to worry about mastering extensive vocabulary lists but should have a reasonable grasp of high school level grammar.

The Reading Through Language Arts section of the GED is less clearly separated into sections as the math portion. However, test takers will have to answer questions that are presented in one of three ways. First, test takers will need to read a single passage, or passages that are paired together, and then answer questions based on those passages. The intent of these questions is to gauge the reader’s reading and thinking skills.

The second form of question that the test taker will need to answer includes selecting words and phrases. The reader will need to read written text before selecting either words or phrases to complete that text. After filling in the text, the resulting sentence should be grammatically correct. The intent of these sections is to gauge the language skills of the test taker.

Finally, test takers will need to provide extended responses. These sections provide the test taker with a writing prompt. The reader will need to review either one or two passages and a graphic before responding to the prompt. The purpose of this section is to gauge the test taker’s writing skills. Just as with the mathematics section, there will be a broad range of questions that include multiple choice, select an area, and drop-down questions. For this section, students will have 150 minutes to finish the test. The test is divided into three parts, with a break between the second and third part.

The Social Studies section of the GED covers four major content areas. The Civics and Government section of the exam constitutes 50% of the total section, while U.S. History encompasses 20% of the section. Economics is yet another 15% of section while Geography and the World represent the last 15%. So, from such a brief overview, it should be clear that test takers have the most to gain from studying up on the areas of Civics and Government and U.S. History.

The Civics and Government section of the exam includes a review of the constitutional government including the different levels and branches of the U.S. system of governing. Test takers will also have to be familiar with various government types that have existed throughout history and into the modern era. A third major component of this topic includes understanding the electoral system within the United States, while test takers are also supposed to know the role of citizens within the country.

The topic of U.S. History includes questions about American history stretching from the time of the original 13 colonies all the way through to the modern era. This represents a broad stretch of history and includes topics such as the Revolutionary War, the two world wars, and issues such as Civil Rights and immigration.

Economics represents a small topic within the test, but it’s often one students are least comfortable with. Students should be aware of the relationship between the government and economy, including how the economy is regulated in a Capitalist system. Test takers should also be aware of the role of labor, and so it’s important to know about unions. It’s also important to generally understand some of the basic concepts of the economy, including what economics is, what supply and demand mean, and what opportunity costs are.

The final part of the Social Studies section is Geography and the World. To be successful in questions in this area, test takers will need to know about world history and some of the major events that occurred. Students should be able to answer questions about how different societies interacted, such as how the United States interacted with Russia during the Cold War. It is also important to answer questions about how different geographic events impact countries.

For this section of the GED, students may need to answer some basic math problems related to Social Studies, so both the on-screen calculator and the TI-30XS MultiView calculator can be used to help solve these problems. Typically, this section will include questions in the drag-and-drop, fill-in-the-blank, select an area, and drop-down format. There will be a total of 70 minutes to take this test with no breaks provided at any time during the exam.

Earth and Space Science questions take up the least space in this part of the exam, but test takers should still be prepared to answer questions about the earth and its own systems. These systems include the movement of the earth’s plates as a part of plate tectonics. Consequently, students should be knowledgeable about different geological cycles. Part of the earth includes its many resources, so test takers should know the difference between renewable and nonrenewable natural resources. Topics covered also include the weather and climate, the solar system, and the larger universe to which the earth belongs.

Studying for the Physical Science portion of this section includes having an understanding of what makes up all matter in the universe and how different parts of the universe interact. Test takers will need to be studied upon molecules and atoms as well as the different states of matter. It will also be important to know about how different chemical reactions occur. Test takers should also study up about energy such as kinetic energy or manifestations of energy, such as electricity. It will also be important to know about motion, how force is generated, and how different forces, such as magnetism, work.

For this section, test takers will have 90 minutes to complete the exam. Once again, given the nature of the material students will have access to either the on screen calculator or a TI-30XS MasterView. For this section, questions will need to be answered in the fill-in-the-blank, drag-and-drop, select an area, or drop-down format.

Because the number of topics you will need to cover are diverse, then if you study on your own, you will need to pick up books that specialize in each subject area. You can actually use the practice tests to get an idea of how well you would do on the test. Once you’ve established where you’re weakest, you can pick up subject books that address the specific areas where you’re weakest instead of buying subject matter books for every subject.

Finally, take care of all of the little details that need to be in place to take the test. Select a test date that best suits your schedule, that way you’re not struggling to fit in study time at the last minute. You will need to have your picture ID when you show up for your GED, so make sure to take your identification with you. Also, don’t forget all the basic rules of preparing for a test. Make sure to eat well and get lots of sleep before the day of the test. However, on the day of the test, remember that only the math and language arts breaks. As such, make sure that you’re ready to sit through an extended period of test taking on the day of either the social studies or science sections.