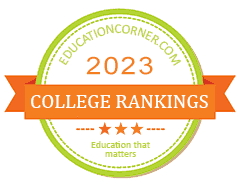 (1) Represents the graduation rate of full-time students who began their studies as first-time degree or certificate seeking students.
(2) Default rate is the % of student borrowers who enter repayment of loans in one year and default prior to the end of the next.
(3) Represents the median salary for alumni with 10+ years of full-time work experience, as reported by payscale.com.
(4) Average net price generated by subtracting grant or scholarship aid from total cost of attendance as reported by the National Center for Education Statistics.Total cost of attendance includes tuition, supplies (including books), and average cost of room and board.
(5) Return on investment (ROI) is generated using the formula (gain+principal/principal)^(1/years)-1. For a more indepth explanation, see the section below "Calculating ROI".

At the end of the day, going to college and earning a degree isn't about prestige, diversity, scholarly publications, social mobility or even reputation–it's about ROI. It's about what students are going to receive from their college experience and education based on what they're required to invest. That's right, invest. College is an investment in the future. Our top colleges rankings include those "traditional" four-year colleges and universities that provide students the biggest return on their investment. Where other popular ranking publications focus on various selectivity metrics such as SAT scores, admission rates, or even "contribution to the public good" (ie., Washington Monthly, Princeton Review, etc.), we focus strictly on those metrics that have a direct correlation with ROI.

Whatever your motivation for attending college, if you can't find a good job after you graduate or aren't able to advance in your chosen career path, then your investment of time, money and resources in your college education is greatly depreciated. We believe that first and foremost the value of a college education should be evaluated based on the post-graduate career success of the students and the alumni it produces. As such, our rankings are weighted heavily on metrics we've believe to be the most accurate indicators of post-graduate success. The metrics we evaluate in calculating post-graduate success include: (1) Early and mid-career salary, (2) Net price of a 4-year undergraduate education and (3) whether or not an institution appears on the America's Leaders List produced by the Center for College Affordability and Productivity.

Cost of education is an essential element of our college ranking calculation with respect to post-graduate success. Without cost, an absolute measure of ROI, or relative value, cannot be ascertained. The cost figure we use to calculate ROI, and determine relative value, is based on the "Net Price" of college attendance reported by each individual school in surveys published by the National Center for Education Statistics. Net price, as defined by the National Center for Education Statistics, is the total cost of attendance minus the average amount of financial aid, where total cost includes the cost of tuition, books and supplies, average room and board costs, fees and other expenses, and financial aid includes federal, state and local government grants, and scholarship aid. We calculate 4-year Net Price by multiplying the annual "Net Price" figure reported by the National Center for Education Statistics by 4–the average time required to graduate from a "traditional" undergraduate college program.

Student satisfaction is measured as a function of three variables: (1) Student "happiness" as reported by Ratemyprofessor.com (based on student surveys), (2) actual freshman-to-sophomore student retention rates and (3) predicted freshman-to-sophomore retention rates, as reported by the National Center for Education Statistics. The student "happiness" score published by Ratemyprofessor.com offers a rough indication of how much students enjoy their education experience at a specific institution. It does not however, in our opinion, reflect the sentiment of most students, as survey size and scope is limited. For this reason, it is not weighted heavily in our calculation of student satisfaction. We feel that together, actual and predicted freshman-to-sophomore retention rates are a much better indication of how satisfied students are with the quality of education they're receiving. That is, students attending schools with high levels of student retention are more satisfied with their education than students attending schools with lower levels of student retention. Student retention is assigned more weight in our calculation of overall student satisfaction.

As of 2019, around 70% of college students graduated with student debt. In 2018, seniors graduated from college with an average student debt of $29,200 – a 26% increase from 2008. This trend has been particularly troublesome among students graduating from for-profit colleges, where the average debt was $39,900 in 2019, a 26% increase from 2008. Student debt is becoming a problem of catastrophic proportion and it is a key component in our calculation of college rankings.

In our calculation of college rankings we evaluate two aspects of student debt: (1) default rates and (2) debt load. Together, these metrics (1) indicate the relative affordability of attending an institution and (2) the ability of graduates to pay off their student debt after graduation. The inability to qualify for jobs and salaries required to pay back student debt, is one indicator that students paid a price higher than the value of the education they received. If nothing more, when comparing one college to another, these metrics offer a very good indicator of relative value.

While not weighted as heavily as other ranking metrics, graduation rate is still an important component of our college ranking calculations. A low graduation rate can be a reflection of many things: lacking educational offering, low level of student support, an unclear communication of expectations, or simply the college overselling its offering to new students. However, graduation rates may also simply be a reflection of varying educational offerings and programs – which vary from school to school.

The graduation rates we use in our calculations are provided by the National Center for Education Statistics. They reflect those students who (1) began college as full-time students seeking either a degree or certificate and (2) finished their program within 150% of the "normal time" required for completion of that program on a national basis – in most cases four years.

One of the pitfalls of using graduation rate as a factor in generating college rankings is that it's difficult to determine what a "normal time" is for completing a degree. For example, it may take only four-years to complete a full-time undergraduate bachelor's degree at the University of California at Los Angeles (UCLA) where the focus is purely academic, but because students at Northeastern are required to spend time on "co-ops" or extracurricular learning activities, it takes them substantially longer to complete a similar "four year" bachelor degree. This doesn't mean that the educational offering at UCLA is substantially better than that provided at Northeastern. In this case, the difference in graduation rate is simply a reflection of two different educational programs. The same holds true for another college, Brigham Young University (BYU). In terms of ROI and other post-graduation metrics, BYU is an exceptional school. However, if you were to base their ranking heavily on the accepted definition of graduation rate (which some ranking reports do), they'd be at the bottom of the pack. Almost all male students at BYU leave to serve a 2-year religious mission after their freshman year. So does BYU have a lower calibur educational offering? Well, they have the No.1 ranked accounting program in the United. They also have one of the best finance programs in the nation and due to their international missionary program they offer one of the best foreign language programs in the world. In a uniformly perfect world, graduation rate would be a better metric for assessing relative value, but higher education doesn't operate in a uniformly perfect world.

It would seem like academic success should be an important metric when it comes to calculating a college's relative rank – and it is. But the fact is, academic success, when compared to other metrics, really isn't the best measure of value, if ROI is at the core of your ranking methodology. The grades a student earned, and awards received, will mean little a few years after graduation when college is a thing of the past.

Our academic success metric rewards schools who have a relatively high number of students – compared with other schools – who (1) win prestigious awards and/or (2) go on to earn a graduate (Phd) or professional degree (JD, MBA, PsyD, etc.) after completing their undergraduate education.

As part of our Top 100 Colleges in America rankings we calculate and present an estimated Annualized Return on Investment (ARI) over a 20-year period for each college using the following commonly accepted ARI formula:

While the ARI figure we present may not be 100% accurate in absolute terms, it provides a very accurate measure of relative ROI and value when comparing one institution to another.