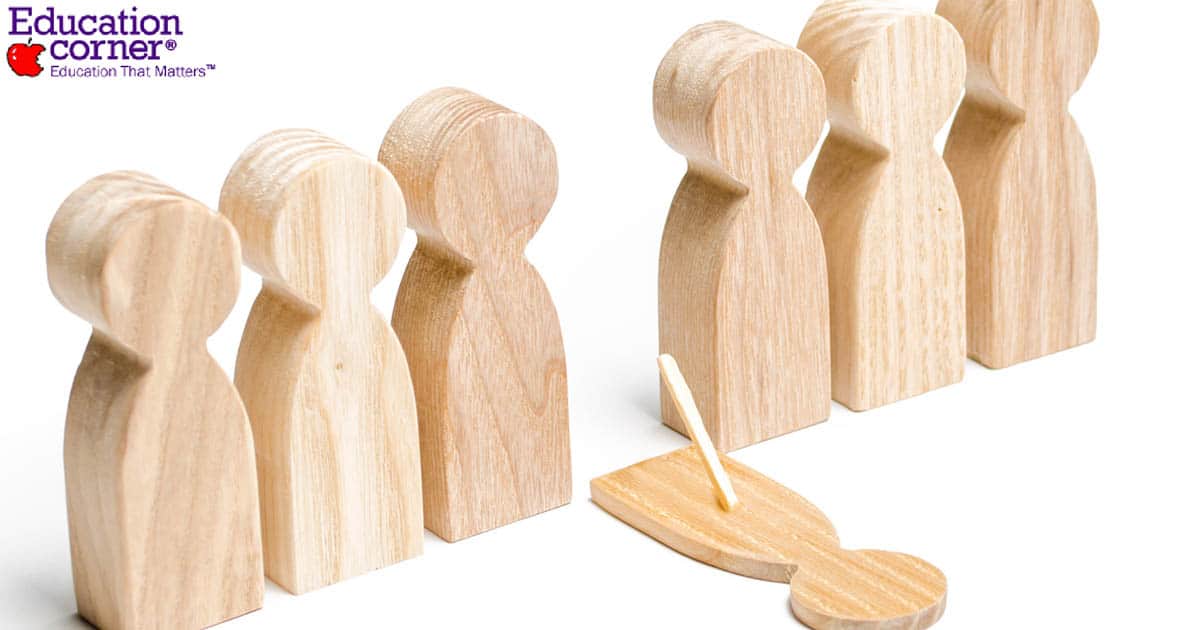 Chronic absenteeism is a significant problem in K-12 education. According to the most recent U.S. Department of Education Civil Rights Data Collection (CRDC), 7.3 million regular school students were chronically absent over the 2015–16 school year. That number comes out to approximately 15 percent of students nationwide. Moreover, absenteeism is trending the wrong way. There was a 900,000 student increase in chronic absenteeism compared to the 2013–14 school year.

What is Chronic Absenteeism?

Chronic absenteeism is commonly defined as missing 10 percent or more of school days per year, or about 15-18 days, depending on your state. These absences can be both excused and unexcused. Absenteeism is not to be confused with truancy. Although some people use the terms interchangeably, truancy is defined as five or more unexcused absences per month or missing ten unexcused days in a school year. Absenteeism reflects all absences, including those due to truancy, illness, family issues, etc. Chronic absenteeism is high in early elementary school, decreases for a few years into middle school, and then rises until it peaks during high school. One in five students in high school is chronically absent nationwide.

The reasons behind chronic absenteeism are wide-ranging. They can be divided into the following factors:

Physical health conditions, including asthma, obesity, pain and oral health play a large role in school absence. Additionally, mental health issues often fuel absences. For example, students with social anxiety have hesitations about going to school because they are forced to be around peers in social situations. Kids with ADHD and behavioral difficulties often have a very negative experience at school, which makes them want to stay home. Similarly, children who are frequently bullied or have a disability may have a highly negative view of school and would rather avoid it. According to the Brookings Institution, students with disabilities are nearly 1.5 times more likely to be chronically absent than their peers. This can be the beginning of a vicious cycle: missing school causes several problems which, in turn, causes more school avoidance.

Children living in poverty are two to three times more likely to be absent than students with a higher socioeconomic status. Unstable housing arrangements and a lack of sufficient food make school attendance a secondary concern. Additionally, black and Latino students are significantly more likely to be chronically absent than Asian and white peers. For some children, family stressors, such as a parent's health or a guardian's behavior, leave them more interested in taking care of family members than they are about attending school. In general, if a parent/guardian does not encourage education in the home, children will not be as engaged in their education.

There is an association between poor building conditions and chronic absenteeism. Not only is it undesirable to attend a school in bad condition, but it can also lead to health problems. Furthermore, if a student feels that their school, or their path to school, is unsafe they are more likely to decide to be absent. Moreover, a student that is bored by school—or feels that the teachers are uncaring and disengaged—will skip school more regularly.

Many communities do not emphasize the value of education and have a lack of educational support services. Alternatively, some students may not be motivated to go to school because their neighborhood possesses enough jobs which do not require a diploma. In addition, certain communities are physically unsafe and children are more worried about daily survival than their education.

What are the Effects of Chronic Absenteeism?

On the face of it, missing a few days of school each month would not appear to be a major problem, but chronic absenteeism has been associated with a variety of negative outcomes.

It makes sense that there is a link between attendance and achievement. If you are not in school, how can you learn what is taught? Research shows that children that are chronically absent in younger grades develop reading deficits. A University of Chicago study found that students who are chronically absent in preschool, kindergarten, and first grade are less likely to read at grade level by the third grade. School attendance is especially important for children living in poverty, who are less likely to make up for lost time in the classroom. Chronic absence in kindergarten predicts the lowest levels of educational achievement at the end of 5th grade among children of low socioeconomic status. Furthermore, there is a consistent association between absenteeism and lower test scores on the National Assessment for Educational Progress (NAEP), an achievement test given nationally to fourth and eighth graders.

Absenteeism in preschool is linked with poorer social skills. The University of Chicago study mentioned above found an association between chronic absenteeism and weaker social-emotional development when compared to peers who were not chronically absent. Furthermore, researcher Michael Gottfried found that chronic absenteeism in kindergarten was linked to a decline in educational and social engagement.

Multiple studies have found a link between absenteeism and school drop-outs. A study conducted in Baltimore city schools found that chronic absenteeism in the 6th grade was predictive of non-graduation from high school. A Chicago Consortium study found that absences in eighth grade were the number one predictor of dropping out of school. Furthermore, there appears to be a cumulative effect of absenteeism on dropping out: the more years you exhibit chronic absenteeism, the more likely you don't complete high school.

Absenteeism is directly— and indirectly—linked with higher education and future success. Research has found that only 11 percent of high school students with chronic absences made it to their sophomore year of college compared with 51 percent of students who exhibited better attendance. Dropping out, which has a strong link with absenteeism, is also associated with poor adult outcomes. People who do not graduate from high school are more likely to be involved with the criminal justice system. A lack of a high school education is also associated with lower salaries as an adult. Drop-outs make approximately 10,000 dollars less on average than those who graduate. Additionally, people who do not complete high school are significantly more likely to live below the poverty line than those with a high school diploma.

How Can We Combat Chronic Absenteeism?

Attendance monitoring is the most basic tool to decrease absenteeism. In order to support students there needs to be a way to accurately record who is missing school. Most schools have staff members who are designated to track and support students who exhibit patterns of absentee behavior. Accurate tracking enables staff to intervene with children and families who may be at risk for chronic absenteeism. It has been found that early warning systems, where at-risk students are identified quickly, have been effective.

The importance of school attendance and the consequences of absenteeism need to be clearly expressed to students and parents. Communication can be achieved through the student handbook, electronic means (e.g, the school website, texts, e-mails), written materials, and using face to face communication. When a pattern of absences begins to occur, parents / guardians need to be promptly notified. There are multiple programs across the country that seek to improve parent involvement. Many of these use home visits to keep parents engaged. For example, in a District of Columbia program, elementary school teacher home visits improved attendance by 24 percent compared to those who did not receive a visit. In some cases, a simple letter was able to decrease absences. Both Tacoma, Washington and Philadelphia, Pennsylvania public schools have instituted programs where attendance letters sent home were associated with improved attendance.

Emphasize The Positive Over Negative

Because truancy is a crime, absenteeism has often been addressed using negative measures. Instead of a supportive environment, students and parents are threatened and punished in an attempt to improve attendance. A family may be given fines, or even jail time, in severe cases. Unfortunately, there is very little evidence that punishment works in reducing absenteeism. Creating a supportive school environment that emphasizes a student's positive behavior, appears to aid in reducing absenteeism. Children are more willing to go to school when they feel engaged and optimistic about learning and receive positive reinforcement for their efforts. Overall, school attendance needs to be celebrated rather than focusing on punitive measures for being absent.

Following a more positive track, there is some evidence that providing students with incentives for school attendance is effective in reducing absenteeism. Using basic operant conditioning principles, children are given everything from stickers to cash rewards for good attendance. No Pass, No Drive is a widely used program where students' ability to obtain a driver's license is dependent on their school attendance, behavior, and grades. Although the law varies from state to state, there is evidence for its general success. In Florida, over a 15 year period, only five percent of students who lost their license for being absent missed enough school to lose it a second time. Although not every incentive program has proven effective, they appear to be an improvement over punitive measures.

Community programs that provide students with mentors, and aim to support children and their families, have been shown to successfully reduce absenteeism. For example, a national mentoring program, My Brother's Keeper, improved school attendance by nine days on average. The Check & Connect program, which employed people as full-time mentors in Chicago schools, significantly decreased absences when students joined in grades five through seven. Additionally, programs that promote safe neighborhoods have popped up in big cities, such as Chicago and Los Angeles. Research suggests that crime has decreased in those areas and school attendance has improved.

After school programs offer an opportunity for students to further their social development, school engagement, and ability to succeed. They also provide additional adult and peer support in a positive environment. It is no wonder they have been shown to reduce chronic absenteeism.

Because chronic absenteeism is associated with serious negative outcomes, it is clear that schools and communities need to prioritize programs to increase school attendance. There appears to be a consistent thread that winds through successful efforts to decrease absenteeism: support and family involvement. A move away from punitive strategies—towards programs that promote positive interventions—is necessary to make efforts more effective. In addition, it is clear that a mix of effective tactics would provide more optimal results than simply employing one strategy. Of course, most of these programs require significant funding; efforts to promote them within communities and state/federal government are necessary. Education is a valuable resource. We need to make sure all our children are receiving it.