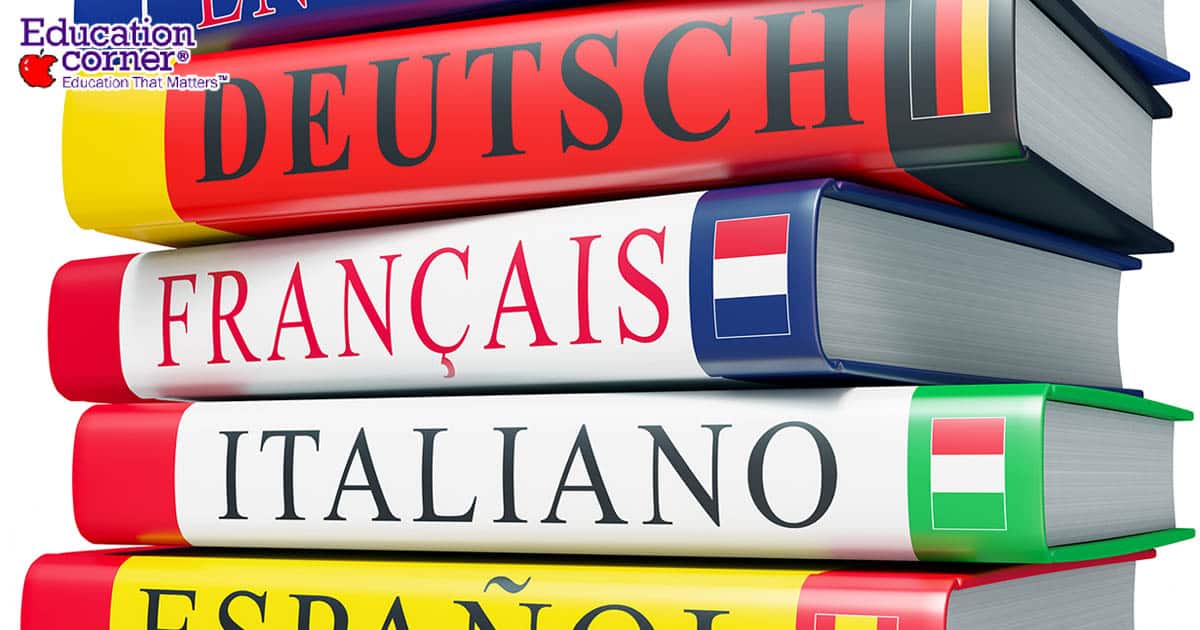 Various studies suggest there is a strong correlation between learning a foreign language and achievement on standardized tests. In one study, a random selection of 3rd-graders received a 30-minute Spanish lesson three times a week for an entire semester. Spanish lessons were conducted entirely in Spanish and focused on verbal skills development. Students who participated in the Spanish program the entire semester scored notably higher on the Metropolitan Achievement Test (MAT) in language skills and mathematics than students who did not participate in the Spanish program. (Armstrong, P. W., & Rogers, J. D. 1997. Basic skills revisited)

Language learning is beneficial to bilingual and two-way immersion programs.

A study conducted by Cohen, A. D. via the Culver CitySpanish immersion program showed that after two years of bilingual education, students who spoke English as their first language were able to acquire competency in speaking, reading and writing Spanish, while maintaining the same level of proficiency in English and mathematics, as students enrolled in English-only academic programs.

A study that examined the achievement scores of elementary level English as a Second Language (ESL) learners enrolled in a two-way immersion (TWI) program, and a Structured English Immersion (SEI) program, at the end of their third year of study achieved at-or-above grade level in both English and Spanish. (Pagan, C. R. 2005. English learners' academic achievement in a two-way versus a structured English immersion program [Abstract])

The results of numerous studies show a strong positive correlation between the study of a foreign language and improvement in reading fluency and comprehension. A study conducted by A. D'Angiulli and E. Serra in 2001 (The development of reading in English and Italian in bilingual children) suggested that adolescent bilinguals score higher on word-reading and spelling tasks than skilled monolingual readers of the same age group. The results of a similar study showed that sixth-grade students who studied a foreign language in school scored higher on reading achievement tests than six-grade students who had not studied a foreign language. (A study of the effect of Latin instruction on English reading skills of sixth grade students in the public schools of the district of Columbia, school year, 1970-71.)

Not surprisingly, students who are able to learn one foreign language find it significantly easier to learn another foreign language. One study, conducted by T.H. Cunningham and C.R. Graham in 2000, showed that students who participated in a Spanish immersion program experienced improvement not only in Spanish vocabulary but also in their native English vocabulary. Middle school students in the Spanish immersion significantly outperformed English monolinguals on a Cognitive Abilities Test (CAT). It seems that learning a foreign language also yields improvements in students' native language.

A study sponsored by E. Demont in 2001 demonstrated that children who are immersed in a bilingual environment have an enhanced ability to manipulate morpho-syntactic structure. That is, these children are able to interpret and comprehend written language with greater ease than monolinguistic children and are better at grammatical judgment and word recognition.

Studing a foreign language may improve performance on SAT and ACT Tests.

A study conducted in 1985 by P.D. Wiley (Classical Outlook, 62(2), 33-36. from ERIC database.) suggested there is a strong correlation between extended study of a foreign language (French, Latin, German or Spanish) in high school and improved academic performance in college relative to students of equal academic ability who have not studied a foreign language.

Learning a second language may improve cognitive development and abilities.

A study performed by S. Ben-Zeev in 1977 demonstrated that bilingual children may be required to develop coping strategies that accelerate cognitive development. The study showed that although bilinguals had a lower vocabulary level, that with respect to verbal material and perceptual distinctions they demonstrated advanced processing ability. They also demonstrated a higher capacity for organization of perceptions in response to feedback and the ability to find structure in perceptual situations.

Several other studies have demonstrated a positive correlation between proficiency in a foreign language and cognitive perceptual performance.

Not surprisingly, there appears to be a positive correlation between bilingualism and memory improvement. A study conducted by R. Kormi-Nouri, L. Nilsson and S. Moniri in 2003 demonstrated that bilingualism may contribute to improved episodic memory and semantic memory among children at all age levels.

Bilingualism may also contribute to improved social problem solving among children. A study of 84 Hispanic children from homes where the predominant language was Spanish showed that bilingual children had a greater ability to solve social problems than their monolingual counterparts. (Stephens, Mary Ann Advisor: Esquivel, Giselle B. (1997). Bilingualism, creativity, and social problem-solving. (PhD, Fordham University).)